Home » Courses & guides » Forex Courses » What Is Quantitative Easing and Does It Work? 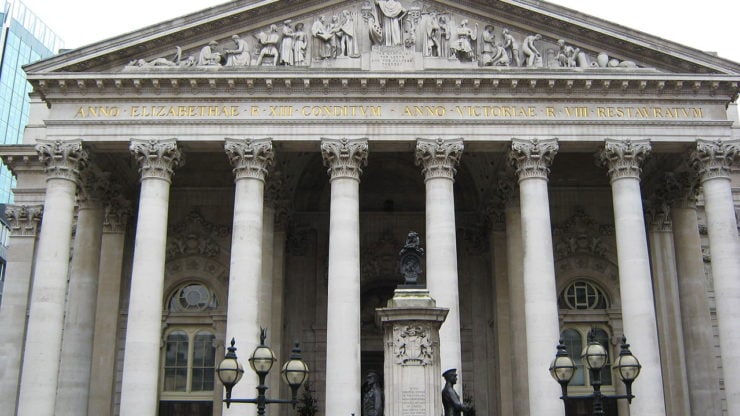 What Is Quantitative Easing and Does It Work?

In a interview with Francesco Bianchi, Professor of Economics at Duke and Cornell universities, Invezz asked, What is quantitative easing, and how does it effects the economy?

Invezz: Would you explain quantitative easing to our readers in the simplest possible terms?

Professor Bianchi: Basically, quantitative easing is a particular form of monetary policy, which central banks started to implement recently, because the traditional way of conducting monetary policy that is about moving short-term interest rates was no longer implementable.

The moment that central banks, such as the Federal Reserve, realised that they could not use the traditional way to conduct monetary policy anymore, they came up with another approach which is what we call quantitative easing. First of all, quantitative easing involves a change in the kind of assets the central bank buys. The traditional approach to moving short-term interest rates is based on the purchases of risk-free assets with short maturity – generally government bonds. Instead, with quantitative easing, the kind of assets the central bank buys varies. They can be bonds with longer maturity, but they can also be very different kinds of assets, such as securities issued by private entities. Mostly however, it depends on what kind of goal the central bank has in mind.

The government can also buy securities issued by private entities. In this case, there are two effects. There’s the effect on the maturities that we mentioned. But there is also another important effect. The moment the central bank starts buying securities that are not completely risk-free, it means that it is trying to affect the risk premium and provide liquidity to the banking sector. In this case, the central bank is not only providing an anchor for future short-term interest rates, but it is also trying to lower the risk premium and to provide some kind of stability to the financial system.

Invezz: Does QE have an effect on the total number of bonds in circulation? Is QE accompanied by an increase in the issuance of new bonds?

Invezz: What precedents do we have of QE implementation?

Professor Bianchi: The first country to ever implement quantitative easing was Japan, because it went through a long period of deflation and very low growth. The nominal interest rate in Japan has been stuck at zero for a very long time. But since the 2008 financial crisis, all major economies have been very close to the zero lower bound. Countries like the US and the UK have been very active in using quantitative easing, while the ECB has been much more reluctant to do so. Many economists would probably argue that quantitative easing did not really work in Japan, while there is a sense that it has been more effective in the UK and in the US.

Professor Bianchi: It is a bit hard to answer this question, because we don’t have the counterfactual. For example, with the US we don’t know what would have happened if QE had not been implemented.

Another simple way to assess the success of monetary policy in the US is through examining the behaviour of inflation in the US. Inflation has been relatively close to the target, meaning that deflation did not occur. This is a simple way to gauge whether QE has been effective or not. Many models used for policy analysis would predict that in the moment in which short-term interest rates can no longer be lowered because of the zero lower bound, deflation would occur. These models are based on the new-Keynesian paradigm that assumes that there are frictions in the economy that make monetary policy important and able to impact real activity. The US has been able to avoid deflation. In that sense, it seems that QE has been successful.

Therefore, once you hit the zero lower bound, textbook new-Keynesian models would predict deflation, as the central bank can no longer stimulate the economy. An extra burden is imposed on the economy, because the monetary policy’s traditional interest rate tool is lost.

On the other hand, some economist would say that quantitative easing has not been as successful as it could have been, because the banks that have received the extra liquidity haven’t really used it to lend to the private sector. In many cases, they have just used it to buy safe assets. This seems to be particularly true for the eurozone.

In other words, you can think about these two channels: expectations about short-term interest rates and providing liquidity to the banking system in a way that it can issue new loans. It is not clear that the second one has worked as well as it could have done. This is probably due to perceived risk on the side of the banks. Many banks are sitting on this liquidity instead of lending it out.
In the short-run, quantitative easing has been successful in preventing a financial meltdown and a complete collapse of the economy, at least for the US. It is a bit less clear what its long-run effects might be. For example, what will happen to this massive level of liquidity that has been injected once monetary policy is normalised?

Invezz: Is QE likely to have long-run inflationary effects? Is this why the policy has not been implemented in the eurozone?

Professor Bianchi: In my opinion, there is only one effective way for QE to work – by modifying long term expectations about future inflation – up to a point. What is the difference between the US and Europe? The US has a single central bank and a single fiscal authority, which can coordinate on particular policies. Economists like Nobel laureate Paul Krugman have very much been in favour of letting inflation rise to reduce the real debt burden. Independently from what you think about this idea, it is clear that if markets expect that as soon some inflation shows up, central banks will drastically change their policies, then it is obvious that current policies might not be as effective.

In Europe there is one central bank, but there are many fiscal authorities. Germany might not be so in favour of using inflation to finance debt as, say, the Italians are. There is basically this conflict of interest between different members of the eurozone. That’s why, I think, it is a bit more difficult for the ECB to generate this increase in inflation expectations. It is not fully credible to induce expectations of future inflation because some countries are very much opposed to that idea, perhaps for historical reasons. After all, the rise of Nazism came in the aftermath of the Great Depression amid rampant inflation.

In one of my recent papers, a joint work with Leonardo Melosi, I argue that the US has been able to “escape” the Great Recession because the large debt accumulation that occurred during the recession produced inflationary pressures large enough to avoid deflation (see Escaping the Great Recession). This mechanism is automatically at play in a country like the US in which policymakers can always decide to “finance” part of the debt with inflation. However, it is not automatically in place in the eurozone where there is a lot of disagreement about the possibility of using inflation to alleviate the fiscal burden.

Invezz: What do you think the ECB can and should do?

Professor Bianchi: Under Draghi, the ECB has already become more open to the idea of strong intervention in the economy. They are already moving in the right direction. The question is: Is the ECB likely to scale up its policies? Is it too late?

The success of these interventions is not solely dependent on the ECB. It has something to do with the political will of the country members of the eurozone. The way I see it, there are problems of long-term fiscal sustainability and short-term fiscal sustainability.
What should be clear is that in the long-run monetary policy cannot be used to systematically finance government spending. It is going to lead to high inflation and high volatility, both of which are negative for the economy.

However, once the economy is in a prolonged slowdown, like today, it might be difficult for some countries to achieve even short-run sustainability. Relatively high real interest rates and low growth make it hard to finance government debt on a daily basis. Therefore, even if in the long-run a country has enough fiscal revenues to finance its spending, in the short-run it might be difficult to do that because the economy is performing poorly and real interest rates are relatively high.

There should be some sort of political agreement by which troubled countries are helped in the transition – i.e. over the short-run. There should be a separation between short-run and long-run fiscal problems. I think the ECB implicitly is already recognising this. When Draghi said the ECB is going to do “whatever it takes” to save euro, he probably had in mind something similar – that there is a long-run goal, to preserve the euro, which is linked to the ability of separating short and long run issues.

Therefore, I believe that what the ECB does is important, but also that the political will of the country members is equally important. From this point of view, we can see a movement in the right direction. Countries like Italy are trying to implement reforms that will be beneficial in the long run and in exchange they are receiving some short run flexibility. The implicit agreement is that they have to make sure to make the system fiscally sustainable in the long-run.

Invezz: After rate hikes in the US, are emerging markets likely to see a flight of capital?

Professor Bianchi: There is an expectation that the US is eventually going to have to reverse its current monetary policy. It is not realistic to think that the US can extend quantitative easing for ever. The economy is doing better, even if not incredibly better, but it’s moving to the point at which it is not clear that the Federal Reserve can do much more to improve it.

There is a limit to what a central bank can do. Structural problems in the economy need to be taken care of by other institutions. Once the Federal Reserve have done everything it could do to mitigate the recession, then of course we will have an unfolding of the current policies. This is likely to imply that a lot of capital will move away from emerging economies.

Expectations based on very basic reasoning suggest that there is going to be some kind of dollar appreciation with respect to small currencies. Countries around the world that have indirectly benefited from the very low interest rates in the US, will probably be effected. They will experience a tightening of monetary policy. This is because they are small economies compared to the US and they will necessarily be affected by monetary policy changes in the US. The question is: how smooth will the transition be? Hopefully for them, the Federal Reserve will move very gradually and return to business-as-usual monetary policy over a prolonged period of time.