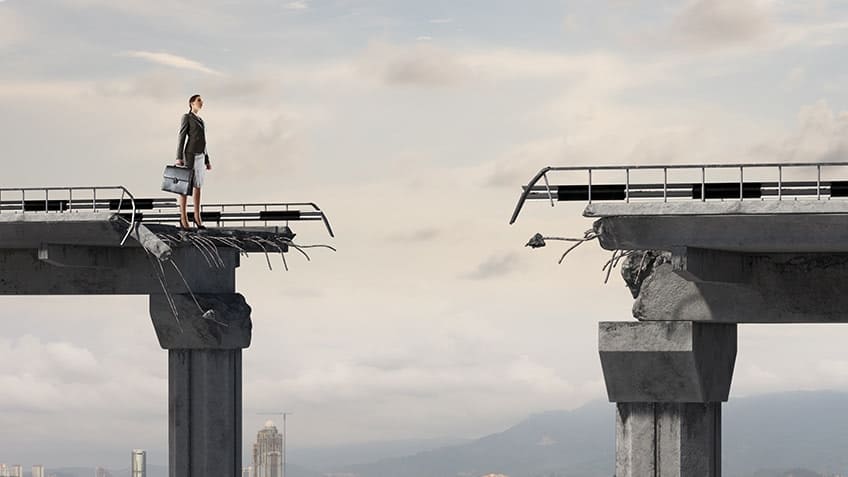 Gaps are a common occurrence in the financial markets, occurring whenever there is a disparity between opening and closing prices. Appearing as wide openings with no activity in charts, such gaps provide valuable information and insights about market dynamics — both on the upside and on the downside.

What Are Trading ‘Gaps’?

Trading gaps are areas in a chart whereby price either rises or falls from a previous close, resulting in a big gap or opening with no price action activity in between. Gaps appear as blank space in a bar or candlestick chart between two price points.

Gaps are synonymous with securities and markets that close, then do not trade overnight. When the market opens the following day, you’ll see them opening sharply higher or lower, further away from the previous close.

Gaps occur in response to traders’ reaction to news reports or a sudden change in underlying fundamentals.

For instance, a stock price could gap higher on an earnings report coming out better than expected. In this case, the price would explode higher as a result of an increase in buying pressure.

On the flip side, you could see a stock gap lower if it misses earnings estimates, or if a major world event shakes up the broad market indexes.

There are four basic types of trading gaps in financial markets.

A common gap is a type of gap that occurs within a given trading range far from a support or resistance level. Such gaps occur more often and tend to fill sooner than later. However, such gaps don’t provide meaningful trading opportunities, as they might occur in a tight trading range. Ignoring them is usually the best option.

A breakout gap occurs whenever price surges above a given price range. In this case, the price might move past a given resistance level, signalling a breakout to the upside. Conversely, the gap might occur below a given support level, indicating breakout to the downside.

Breakout gaps provide excellent trading opportunities as they signal the development of a trend in the direction of the gap. Such gaps also occur following a long period of price consolidation in a given range.

A continuation gap occurs within a prevailing trend. For instance, during an uptrend, the price might gap higher after a period of consolidation, indicating that the price is set to resume its uptrend. In this case, the open price would be significantly higher than the previous day’s closing price.

Continuation gaps occurring in close proximity to each other are most of the time interpreted as the continuation of a prevailing trend.

Exhaustion gaps act as an early signal that a prevailing trend is about to come to an end. Such gaps occur near the end of strong trends, which can be close to a resistance or support level. Once the gaps occur, they are often followed by a reversal in trend, resulting in the price of a stock then turning around and moving in the opposite direction of the gap.

Reversal or breakaway gaps, unlike other gaps, are usually accompanied by a sharp rise in volume, indicating an increase in pressure in a given direction. Common and exhaustion gaps are most of the time followed by low volume. While common gaps occur more often and tend to get filled quickly, other gaps don’t occur often and could take hours or even days to get filled.