How to buy Bitcoin SV online

You might be up to speed on how to buy Bitcoin (BTC), but do you know everything you need to know about Bitcoin SV (BSV) – the Bitcoin inspired cryptocurrency that’s caught the attention of some savvy traders in recent times? If not, you’re in luck – this guide will show you how to buy Bitcoin SV in 2020.

Compare where to buy Bitcoin SV, and open an account

Read on to learn about Bitcoin SV or jump ahead to our step-by-step buyers guide if you’re ready to invest and buy Bitcoin SV.

Start Trading View key features
Key Features
Huge range of cryptocurrencies
Highly liquid
2 Factor Authentication
Top Coins
Payment Methods
Cryptocurrencies
Binance has grown exponentially since it was founded in 2017 and is now one of, if not the biggest cryptocurrency exchanges on the market. 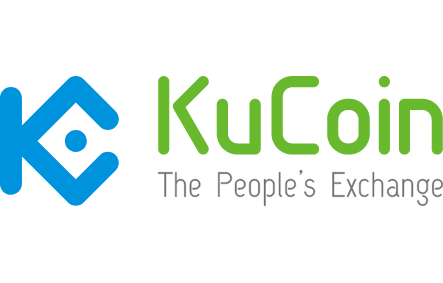 What is Bitcoin SV?

Bitcoin SV (or ‘Bitcoin Satoshi’s Vision’ to give it its full name) was created in 2018, so it’s a fairly new coin, but that doesn’t mean it hasn’t garnered plenty of interest within the cryptocurrency community.

Originating from a hard fork of Bitcoin Cash (BCH) lead by Craig Wright (a somewhat controversial character on the scene thanks to his claim that he was Satoshi Nakamoto, the founder of Bitcoin), the idea behind BSV was to emulate the original vision of Bitcoin while also allowing for rapid scalability.

How does Bitcoin SV work?

If you understand Bitcoin, then you already have a pretty good idea of how Bitcoin SV works as they are nearly identical. BSV has a dedicated blockchain that was forked from Bitcoin Cash, which in turn was forked directly from Bitcoin, and in exactly the same way as Bitcoins are mined, Bitcoin SV Miners use computer processing power to break down and solve complex mathematical problems.

Step 1. Get a suitable wallet

As you would expect with a coin so closely related to Bitcoin, there are plenty of reputable and trustworthy wallets to choose from. To save you some time and narrow down your search, we’ve picked out a few wallets we like for our BSV:

Bitcoin SV is easy to source these days as it’s supported by a wide range of exchanges. Here are a few of our favourite places to buy Bitcoin SV:

Once you’ve acquired your funds, we strongly suggest you don’t leave them on the exchange and instead transfer them to your wallet as soon as you can. It doesn’t take long (it’s usually no more than a few clicks and you’re done), but it will give you extra peace of mind.

If trading BSV is the only thing on your mind, you won’t need to set up a wallet as you’ll be speculating on the price of your chosen cryptocurrency rather than buying it outright.

There are plenty of reputable brokers out there, but it’s a good idea to do some homework and find the one that will suit your needs the best. We like eToro and Plus500 as they are well established and easy to get to grips with.

You will need to put down a deposit before you can start trading. You should find that the minimum deposit is pretty low, so there’s no need to start off with a big bankroll.

Cryptocurrency trading is done mainly via spread betting or CFDs (contract for difference). Both methods require traders to take a position on whether they think the value of their chosen cryptocurrency will rise or fall during a set period of time. If you’re new to the game and don’t know which method would be best for you, it’s worth doing some more research on spreads and CFDs

Most reputable crypto brokers allow you to set up a practice account before you start trading with real money and we recommend you spend some time on the demo so you’ve developed a good feel for the platform by the time you start trading for real.

Trading on cryptos is pretty straightforward – you can go long (‘buy’) if you think a cryptocurrency will rise in value, or short (‘sell’) if you think it will fall. It sounds simple and, in many ways, it is. But cryptocurrencies are volatile, meaning it’s easy to win or lose money very quickly.

Trading also grants you the option of using leverage to significantly boost the value of a trade. When using leverage, you put down a fraction of the trade’s worth, with the broker covering the rest. Needless to say, this is a high-risk move and not for the inexperienced or faint of heart. Savvy traders use stop-loss orders to limit potential losses.

Written by: Harry Atkins
Harry joined us in 2019 to lead our Editorial Team. Drawing on more than a decade writing, editing and managing high-profile content for blue chip companies, Harry’s considerable experience in the finance sector encompasses work for high street and investment banks, insurance companies and trading platforms.
Invezz uses cookies to provide you with a great user experience. By using Invezz, you accept our privacy policy.