US, Canada & Singapore top rankings as the most Bitcoin-friendly nations

This Invezz study reveals the most Bitcoin-friendly countries around the world. Find out which nations have embraced Bitcoin and where the next generation of crypto leaders could come from.
By:
Dan Ashmore, CFA

Dan is a Data Analyst at Invezz, combining quantitative skills and a macro background to compile analysis on a… read more.
Updated: Jun 20, 2022

With Bitcoin adoption becoming increasingly widespread across the globe, we wanted to find out which countries are now the most Bitcoin-friendly. We created this index by assessing a range of different statistics that might influence a country’s adoption of Bitcoin, including:

We aggregated the above factors into a weighted index to rank the most Bitcoin-friendly countries, with our sample size incorporating 162 countries. While we could not gain access to all metrics for all countries, we have adjusted the data for information gaps by adjusting via median or average statistics for each category.

We also analysed tax legislation and how this affects the rankings.

The top three is made up of tech heavyweights; the USA takes the crown, followed closely by their neighbours to the North, Canada, while Singapore rounds out the top 3.

The US is second to only Iceland for the number of people per Bitcoin ATM, with 9,900, while 8.3% of the population owning crypto is good enough for sixth place. Canada outperforms the US in terms of the number of people searching for Bitcoin, ranking 9th compared to the USA’s 24th place, although for crypto ownership, the Canadians narrowly cede top place to the Americans.

Interesting to note is the significant European presence, outside of the top 3, Australia is the only non-European nation to place in the top 10. Slovenia and Slovakia are particularly notable placers in fourth and fifth, with the East European duo quickly establishing a reputation as European crypto hubs.

Ljubljana, the capital city of Slovenia, has more physical locations accepting crypto than the US, while the main shopping mall in the city is named “BTC” and has ideals on becoming a “BTC City”.

Switzerland rounds out the top 10 – and with the city of Lugano recently announcing Bitcoin as legal tender, it wouldn’t be surprising to see the Swiss climb up this table in future.

Bottom of the table

Looking at the 61 countries ranked outside the top 100, the immediate observation is that the majority of these are poor countries without proper payment rails and financial infrastructure. Ironically, this is something Bitcoin is meant to help with, but the data shows how far it has to go before delivering on its goal to create a more accessible and democratic financial system for all.

This is not the case for all countries, however. Personally, I was disappointed to see my native Ireland lag in 105th place. It sits in a pretty terrible 147th out of 162 countries for Bitcoin searches on Google, as well as an average 66th place for people owning crypto.

The most shocking, however, was the Bahamas, in 146th place. The Caribbean island even has one of the most developed central bank digital currencies – the Sand Dollar – yet the statistics here are abject, with less than 1% of the population searching for Bitcoin and only 1 Bitcoin ATM on the island. Given the innovation and push from the government, however, this data should be expected to change going forward.

Finally, it should be noted that a lot of the data for the lower countries was challenging to gather, and thus the rankings down the bottom of the table are not quite as reliable as the upper half.

While we did not have access to enough data on tax legislation to incorporate it into the weighted rankings, it is nonetheless notable that of the top countries where data could be obtained, nearly all were favourable jurisdictions from a tax perspective.

Categorising the countries as either “Unfavourable”, “Neutral” or “Favourable”, only four countries in the top 30 which we had data for were not “Favourable” – Belgium (11th), Turkey (16th), Norway (26th), and Argentina (30th) – and all of these were “Neutral”.  Indeed, the first country with an “Unfavourable” rating was South Africa, which placed 33rd.

The Latin American trio of Colombia (40th), Venezuela (49th), and Mexico (50th) were the only others in the top 50 with “Unfavourable” tax ratings.

This throws up an interesting question, given the tax rating was not incorporated into our weighted ranking. Are the top nations Bitcoin-friendly because of favourable tax legislation, or is there favourable tax legislation because Bitcoin is more prevalent? In our view, it’s a little bit of both – a chicken and egg situation, if you like – as tax authorities tend to build legislation to generate revenue and encourage innovation, which attracts more investment and the cycle goes on.

To finish off, we looked into the individual categories to examine which countries placed best.

The first metric we gathered was the search volume for Bitcoin in each country, with an adjustment for population size to ascertain which countries have the highest number of searches for Bitcoin per capita.

Slovenia, mentioned above as establishing itself as a European crypto hub, tops the table with 5.6% of the population researching Satoshi’s invention. In fact, the top eight are all European, with Canada breaking up the party in ninth place (2.5%). There is a substantial gap from Slovenia (5.6%) in first to the Netherlands (4.8%) in second before it tightens up from Switzerland (3.8%) in third downwards.

Secondly, we gathered information on the number of Bitcoin ATMs in each country, again dividing by population to obtain the per-capita statistic.

While this information was only obtainable for 43 nations, Iceland placed highest with its 43 ATMs and tiny population of only 330,000 meaning there was an ATM per every 7,936 people. The US were next, with 777x the number of ATMs, but obviously a large population meaning it fell behind the island nation, with an ATM per 9,900 people.

Canada, Switzerland, Austria, Slovenia, and Slovakia all rank in the top 10. Again, this is a category where the Europeans make up the bulk of the leaders, but with USA and Canada in the top 3.

Here we look at the percentage of the population in each country that owns cryptocurrency. Although this isn’t Bitcoin specific, it is nonetheless a good indicator of attitude towards it, given the dominance Bitcoin ownership still holds compared to other currencies.

The most intriguing given recent events is certainly Ukraine in first place and Russia in second, with ownership of 12.8% and 11.9% respectively. The former famously appealed to the world to donate to help the war effort, with the tweet below drawing in millions in crypto donations. Russia, meanwhile, threw up all sorts of interesting questions about how Bitcoin could potentially be used to evade sanctions, with asset and bank account freezes of prominent individuals becoming commonplace.

Kenya are the top African nation, placing fifth, while South Africa and Nigeria also place in the top 10. It will be fascinating to see the movement in the African countries going forward, as many proponents of Bitcoin argue that Africa (as well as South America) present the most intriguing cases for Bitcoin, given the often-corrupt governments and weak currencies that are unfortunately prevalent in the two continents.

The study gives great insight into which countries are embracing the growth of Bitcoin the most, with US, Canada, and Singapore unsurprisingly at the top of the ranks.

Slovenia is a notable strong performer too, as Europe begins to take the fight to their noisy neighbours across the Atlantic. Of further interest will be how El Salvador places in these ranks going forward, as the nation gets to grip with Bitcoin as legal tender. Could we also see Central African Republic, the other nation following El Salvador’s lead, have an impact too?

Time will tell. For now the US is the undisputed Bitcoin leader, but watch out for those Slovenians, or indeed the other European dark horses – and don’t be surprised if the US is toppled from the top spot eventually. 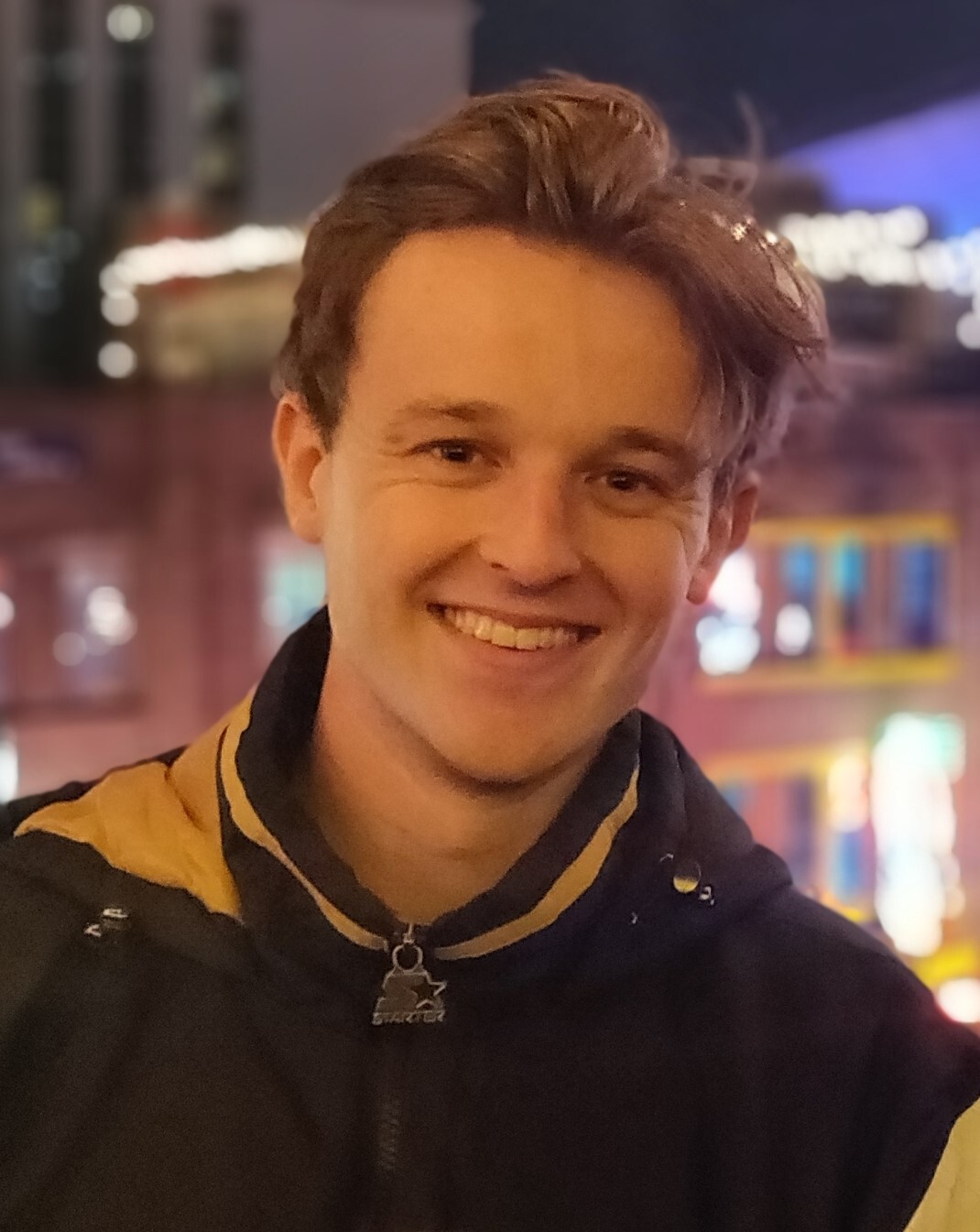 Dan Ashmore, CFA
Data Analyst
Dan is currently living in Medellín, Colombia, where he is desperately trying to pick up just enough Spanish so that he can play live poker and… read more.
In page