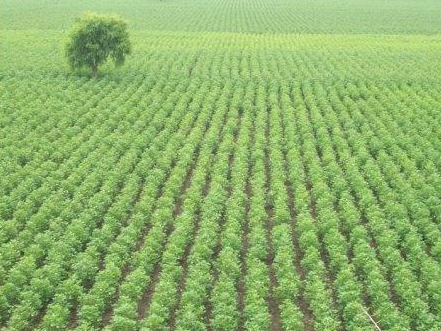 On 11 May 2012, the Food and Agriculture Organisation (FAO) of the United Nations announced the adoption of a set of global guidelines, outlining the principles and practices which governments can refer to when administering land, fisheries and forests rights. One of the main purposes of the guidelines in question is to ensure that investments in agricultural land occur transparently and responsibly, which is particularly important in the case of developing countries.

The “Voluntary Guidelines on the Responsible Governance of Tenure of Land, Fisheries and Forests in the Context of National Food Security”, which were endorsed by the Committee on World Food Security (CFS), aim to promote sustainable development and food security by means of improving access to land, fisheries and forests. The guidelines allow government authorities, civil society as well as the private sector to estimate whether their proposed actions and actions of others constitute acceptable practices.

The voluntary guidelines address a wide range of issues related to tenure, with one of those issues being public and private investments and their role in improving food security. As noted in the guidelines, responsible land, forests and fisheries governance encourages tenure right holders to make responsible investments in these resources, which in turn increases sustainable agricultural production and generates higher rates of income.

!m[](/uploads/story/72/thumbs/Pic1_inline.png)The guidelines define responsible investments as investments, which do no harm, safeguard against dispossession of legitimate tenure right holders and environmental damage and in addition, respect human rights. The guidelines specifically state that investments should not contribute to environmental degradation and food insecurity.

Among the measures recommended in the guidelines is that all forms of transactions in tenure rights as a result of land, fisheries and forest investments are done transparently and are consistent with social and economic growth objectives.
Luc Maene, Chairman of the International Agri-Food Network, representing the private sector, noted that fair and transparent rules benefit everyone, and that effective local administration of land registries without corruption is particularly important for the private sector. A lot of the voluntary guidelines address the issue of corruption, with the general recommendation being ensuring that the processes and services related to land tenure are transparent.

The guidelines follow three years of extensive consultations between various stakeholders. For that reason, even though the guidelines are voluntary by nature, it is likely that they will nevertheless be put into practice. In March 2012, with the guidelines still pending approval by the CFS, Bloomberg quoted Yaya Olaniran, the CFS chairman, who noted that governments were already taking steps “to bring their policies and practices into alignment with the guidelines”. FAO’s Director General, José Graziano da Silva, noted that the Organisation was ready to provide support and assistance to countries in adapting and implementing the guidelines.
The CFS is expected to take a more focused look at agricultural investments in near future, and is currently planning a consultative process which could potentially result in the adoption of a set of recommended principles for responsible agricultural investments in 2013.