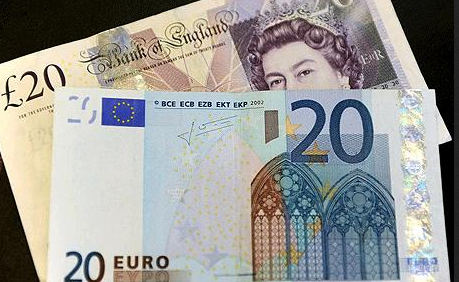 With both the European Central Bank (ECB) and the Bank of England expected to make important policy decisions, the pound was subdued near three-week lows against the euro, Reuters reported on 2 August 2012. And while the ECB is likely to take decisive action to preserve the common European currency, chances are that the Bank of England will keep its rates on hold and its quantitative easing policy unchanged, at least for the time being.

Reuters reports that the euro increased by 0.25 percent to 78.87p, extending gains into a third straight session and not far from its three-week peak of 78.94p, which it struck on August 1. The gain comes after a near four-year low of 77.56p pence which the euro reached on July 23. Against the greenback, the pound was flat at $1.5540.
The positive performance of the euro versus the pound was largely determined by the hopes pinned on the upcoming ECB meeting, especially after the ECB President Mario Draghi pointed out that he would do everything to preserve the euro. “The market is buying into the idea the ECB will deliver, which is helping euro against sterling,” points out Tom Levinson, a foreign-exchange strategist at ING Groep NV (INGA) in London,” as quoted by Bloomberg in a recent article.

!m[](/uploads/story/223/thumbs/pic1_inline.png)If Mr Draghi is as good as his word, according to Reuters, traders have said that investors will unwind bearish positions against the euro and push it higher. A failure of the ECB to live up to the investors’ expectations on the other hand could send the euro plunging against most major currencies, including the pound.

The upcoming ECB meeting, however, is not the only factor determining the sterling’s weak performance, with the Financial Times reporting on July 31 that Moody’s (MCO) reaffirmed its negative outlook on the UK’s triple A sovereign rating. As noted in the Reuters article, the downturn in the Eurozone has kept the UK mired in recession.
Investors are therefore considering the possibility of monetary easing by the Bank of England, although few expect the bank to move ahead with such a decision at its upcoming policy meeting. Yet, the weakness of the recent UK economic data raises the chances of more quantitative easing.

Reuters notes that a recently released Purchasing Managers’ Index (PMI) survey indicated that in July, Britain’s manufacturing sector contracted at its fastest rate in more than three years. A PMI for the UK’s construction sector will be released soon as well, and expectations are that activity has shrunk in July. The housing sector is also reported to be struggling, with data showing that mortgage approvals fell to an 18-month low in June, whereas in July house prices fell the most since August 2009, according to Nationwide Building Society.

In addition to those indications about the weak performance of the British economy which naturally weigh on the pound, some investors are also cautious about the sterling because of the UK’s strong trade links with the Eurozone. “Over the longer term, we continue to expect more sterling downside against the dollar and the yen especially if concerns about the euro resurface,” notes Valentin Marinov, currency strategist at Citigroup Inc. (C), as quoted by Reuters.