Round-Up: US Dollar Gains vs. Yen on Retail Sales Data 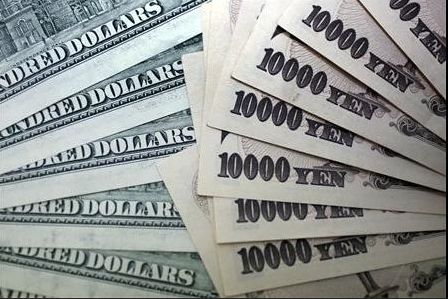 On 14 August 2012, the Wall Street Journal (WSJ) reported that the greenback had climbed to a three-week high against the yen, with data showing that the US economy was outperforming Japan’s. The yen also dropped versus the Australian and the New Zealand dollar, which advanced on higher commodity prices, according to a Bloomberg article.

The WSJ reports that the dollar strengthened against the Japanese yen, reaching ¥78.73, up from ¥78.32 the previous day, and was at its highest New York close since July 18.
It was the US retail data that pushed the dollar higher against the yen, with sales growing 0.8 percent in July, beating the economists’ projections for a 0.3 rise. This in turn spurred optimism that US consumers could drive faster economic growth in the third quarter of 2012. As noted in the WSJ article, the renewed hopes for US economic recovery came a day after Japan reported that its second-quarter gross domestic product was rising at an annual pace of 1.4 percent, below economists’ forecasts.

!m[](/uploads/story/260/thumbs/pic1_inline.png)The US retail data also makes it less likely for the US Federal Reserve to ease monetary policy so as to spur economy growth. Stimulus measures such as another round of quantitative easing would weaken the dollar. “If the Fed was thinking about easing in September, the numbers have argued against it,” notes Richard Franulovich, senior currency strategist at Westpac Banking Corp. (WBK), as quoted by the WSJ.

Nevertheless, with the US economy recovering at a rather slow and uncertain pace, some analysts are being cautious about predicting whether the greenback would continue to appreciate against the yen. Bloomberg quotes Brian Kim, a currency strategist at Royal Bank of Scotland Group Plc (RBS), who noted that the numbers had not materially affected what people expected from the Fed. “But dollar-yen liked it, and the dollar got a little support on the data versus the rest of the currencies,” he pointed out.

In addition to the US retail sales data, minutes of the Bank of Japan (8301)’s July meeting indicated that policy makers were considering expanding stimulus, Bloomberg reported. As a result, the yen weakened against most of its major counterparts. The Australian and the New Zealand dollar in particular advanced against the yen on account of rising commodity prices which supported the outlook for exports.

According to Bloomberg data, the Thomson Reuters/Jefferies CRB Index of raw materials rose for a second day on August 15, gaining 0.5 percent. Australia’s dollar rose 0.1 percent to ¥83.06, whereas the New Zealand dollar added 0.2 percent to ¥63.90. Bloomberg quotes Daisaku Ueno, a senior foreign-exchange and fixed-income strategist at Mitsubishi UFJ Morgan Stanley Securities Co., who pointed out that higher commodity prices were lending support to the Aussie and the kiwi. “Good US data are essentially a plus for the growth-related currencies, but no additional stimulus from the Fed as a result may be a disappointment at the same time,” he said.