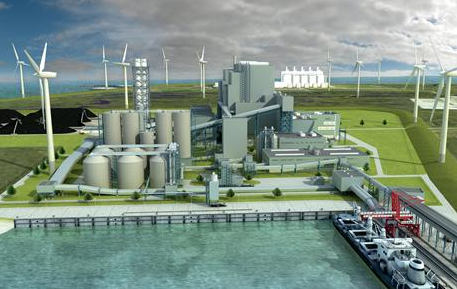 The positive first-half profit results have been driven by a solid performance of RWS’s energy trading unit and the absence of one-off charges related to last year’s decision by the German government to accelerate a planned exit from nuclear energy, which weighed on results in the prior-year period. The company’s first-half earnings were also helped by an agreement on long-term oil-linked gas supply contracts with energy company Statoil (0OB0:LSE). But unlike its rival EON AG (0MPP:LSE), RWE is yet to conclude a similar agreement with Russian suppliers. EON’s underlying first-half net income more than tripled to 3.1 billion euro (£2.4 billion) thanks to a 1 billion euro (£782 million) contribution from a deal with the Russian Gazprom (kgazp:RTS).

!m[](/uploads/story/254/thumbs/pic1_inline.png)Boosted renewable power production also contributed to RWE’s overall positive performance in the first half of the year. RWE increased its renewable energy output by 29 per cent year-on-year, helped by favourable wind conditions and additional Spanish wind capacity. The renewable power output was also helped by a contribution from Tilbury, RWE’s new biomass facility in the UK. Earlier this year, the former coal station in Sothern England was converted by RWE Innogy, the utility’s renewable energy division, to a 750MW biomass plant.

Despite the announced upbeat results, RWE is still suffering from the effects of last year’s political decisions over nuclear power. The German utility is also battling the consequences of the economic downturn in Europe. As a result the utility firm introduced a package of measures aimed at strengthening its financial power and competitiveness. Beyond the measures already announced in 2011, the new cutting-cost programme aims at improving earnings by 1 billion euro (£782 million) by the end of 2014. This plan involves the cutting of 2,400 jobs across the energy group, which comes on top of the 8,000 job losses that RWE announced late last year as it closed nuclear plants and sold off some assets.

“These HR measures are essential to maintaining the market competitiveness of RWE, but we will be implementing them in a planned and transparent manner in full consultation with employee representatives,” said Peter Terium, RWE’s chief executive.
The energy supplier also announced that it plans to reduce costs in services and administration and bring all of its German, UK and Dutch coal- and gas-fired power stations under one umbrella. The move also aims to give RWE more flexibility within the unpredictable European market. The new pan-company which will be formed will manage all fossil plants of RWE Power, RWE Npower and Essent in future. This new structure is scheduled to start operating at the beginning of 2013.