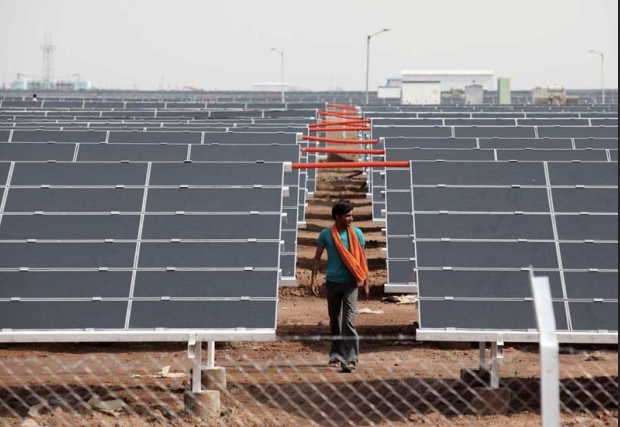 First Solar Inc (NASDAQ:FSLR), the world’s biggest thin-film panel maker, has announced plans to build solar farms in India, a step forward from simply supplying panels as it has been doing up to now. India has decided to auction a third of its solar projects in the current financial year in order to double its sun-powered electrical capacity. This comes in the wake of the recent power outages, which affected some 600 million people on two consecutive days in July.

According to recent data from the Central Electricity Authority, India’s average power deficit amounts to nine percent and its peak demand deficit reaches 13 per cent in some regions. The government has employed several strategies to make up for the shortages, including a more extensive use of renewable energy. One of the projects involves 3,000 megawatts of solar plants, planned to be built starting 2013. The existing capacity of 1,040 MW was assembled in the past year and India’s ambition is to reach 20,000 MW by 2022. Analysts believe that if the country wants to attract adequate investment in power generation, it must demonstrate a reliable and constant stream of projects and prove its determination to carry on with expansion of its renewable energy sector.

“Predictable demand is probably the most important factor for us in the creation of additional manufacturing capacity, “said Sujoy Ghosh, country head of First Solar. According to Ghosh, the company’s target is to grab at least 20 percent of India’s photovoltaic sales. What is interesting and different from solar sectors in other countries is that demand will probably come from commercial and industrial consumers and there will be no government subsidies involved. Ghosh opined that the self-generation demand in the market “would create a natural need for investing in a manufacturing facility to serve the needs of the market locally”.

!m[](/uploads/story/317/thumbs/pic1_inline.png)First Solar started making deals in India in December 2010 by selling its cadmium-telluride solar panels. In 2011 it boosted its sales shipment forecast from 100MW capacity to 200MW and is looking to ship 200MW for a total of five projects in 2012. Its success in the Indian market comes to a large extent from a specific law stating that solar panel projects using traditional silicon-based solar panels need to use solar cells made in India. Not being made from silicon First Solar’s panels avoid the restriction. Add to which the huge scale of First Solar’s manufacturing and its very low prices, which explains why the Tempe, Arizona-based company has been winning so many bids for contracts. It is seemingly at a great advantage, especially in India where project developers are awarded certain capacity based on the discount at which they are ready to sell the produced power. By using this system, the country has been able to reduce the cost of solar power by 38 percent.

First Solar has made what looks to be a sound decision to shift its strategy from simply solar panel production towards project development and has been able to achieve 81 per cent increase in earnings in the second quarter. Currently it stands as the only profitable panel-maker among the ten biggest manufacturers globally.
Other companies in the sector continue to be under pressure. GCL-Poly Energy Holdings (HKG:3800), the biggest manufacturer of polysilicon and wafers, reported half year losses for this year of $43 million, compared to last year’s profit of $458 million. “Due to factors such as cyclical oversupply in the industry, the European debt crisis and European subsidy policy changes, the company’s performance was affected,” the company said in a statement. Rivals MEMC Electronic Materials (NYSE:WFR) and Trina Solar (NYSE:TSL) also reported losses in the first half of 2012.