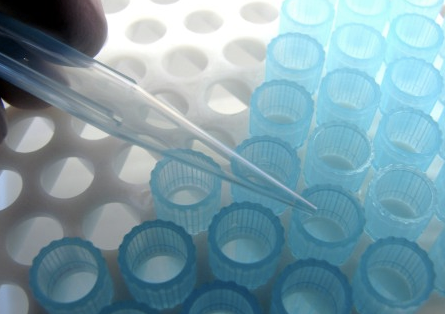 Written by:
Farquar McIntosh
31st August 2012
Are you looking for fast-news, hot-tips and market analysis? Sign-up for the Invezz newsletter, today.

There’s been a drought of pharmaceutical companies on the London Stock exchange in recent years, but that trend is about to change very soon. Clinigen, a supplier of drugs for medical trials, is expected to announce its plans to list on AIM, the London junior market, later this week. According to the Sunday Times, the company will be valued at about £170 million when it hits the stock exchange.

New floats have been something of a rarity this year with volatile and shaky markets scaring off many companies from going public. But Clinigen has confidence that it will manage to do well on the market and that confidence is based on the company’s strong recent results. Clinigen was named the fastest-growing private company in the UK as it topped the Sunday Times’ Virgin Fast Track 100, published December 4th 2011. The company had shown annual sales growth of 242.05 percent over the past year 3 years.

A good publicity boost was also delivered over the summer with the company having sponsored Team BG’s 2012 Olympic gold medallist, rower Anna Watkins.
Given these achievements, the exceptional sales growth in particular, it’s not surprising that Clinigen is optimistic about its flotation’s reception. The rapid growth of the company should be sufficient to make its stock appealing to investors. The company hopes that with the float it will be able to raise enough funds to evolve and expand business operations.

!m[](/uploads/story/306/thumbs/pic124_inline.png)
The total capital that the company hopes to raise through the IPO, as reported in the Sunday Times, is £10 million. This money would be used for acquisitions. Clinigen wants to snap up drugs from larger pharmaceutical companies and sell them in new markets or adapt them for different uses. The company has been applying the same strategy up till now with some success within the confines of their present structure. A standout example of this would be Foscavir, an antiviral medication, which the company bought from Astra Zeneca. The acquisition has been very successful for Clinigen and now it wants to replicate this success with other products.

Supplying drugs for clinical tests remains Clinigen’s core business. Almost 75 percent of its £82 revenue is generated by this approach. In many trials, an experimental drug is compared with one already in use. The role of Clinigen is to handle supplies of the latter for large-scale studies to ensure consistency.
The upcoming IPO is seen as an opportunity for Clinigen’s founder Andrew Leaver to sell a significant part of his stake in the company. The profit he is expected to make selling three quarters of his 64 percent share is estimated at about £75 million. Leaver, 49, will be succeeded as chairman by Peter Allen, who occupies a similar position at the Scottish drugs company Prostrakan (PSK). Clinigen is led by Peter George, who is the company’s Chief Executive Officer.
Clinigen’s initial public offering will be handled by the brokerage firm Numis (NUM).