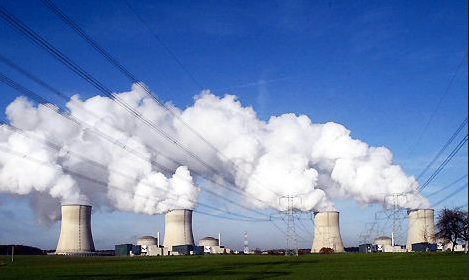 The French utility EDF (EPA:EDF) is looking for a Chinese partner to share the financial burden of a project for the construction of nuclear reactors in the United Kingdom, the Financial Times reported on 3 September 2012. But while the participation of EDF is crucial for updating the UK’s aging atomic inventory, a potential Chinese involvement might prove to be controversial, given the political sensitivity of the nuclear sector.

The FT quotes insiders as reporting that EDF has been speaking to state-controlled Chinese companies regarding investment in the French utility’s project to build up to four nuclear reactors in the UK, two each at Hinkley Point in Somerset and at Sizewell in Suffolk. EDF has declined to comment on those talks, although the company has indicated that it is open to partners investing in the project. “As we approach our final investment decision, it is right to consider funding options including seeking additional partners”, EDF said in a statement quoted by the FT. And separately, the Guardian reports that the companies in question are rival Chinese state-owned enterprises State Nuclear Power Technology Corporation and China Guangdong Nuclear Power Corporation.

!m[](/uploads/story/321/thumbs/pic1_inline.png)While the French utility has not to this point officially confirmed the Chinese discussions, the FT observes that in July EDF announced that it was looking to reduce its 80 percent stake in the consortium building Hinkley Point by attracting new venture participants. The company also pertinently reported that its net debt had jumped from €33 billion (£26 billion) to €39.7 billion (£30 billion).

Among the reasons for EDF’s debt profile is the cost of nuclear new build which has increased significantly in recent times, especially in the wake of Japan’s Fukushima crisis in 2011. As noted in the FT article, EDF is not the only utility which has suffered from rising costs, with Germany’s RWE AG (ETR:RWE) and E.ON AG (PINK:EONGY) pulling out of the UK’s nuclear new build programme in 2012.

As a result, EDF’s participation has become more or less crucial for the UK’s plans to build a new generation of reactors to replace its aging nuclear power plants, with the FT noting that most of the country’s plants are at least 20 years old and that by the year 2023 all bar one will have reached their use-by dates.
Notwithstanding EDF’s apparent penchant for the People’s Republic, a participation of companies controlled by the Chinese Communist Party could prove controversial. On August 19, the FT reported that Chinese companies competing for the UK’s Horizon reactor programme, put up for sale by RWE and E.ON, were unlikely to be permitted a majority stake on account of concerns about Beijing gaining control of one of the UK’s biggest nuclear projects.

The Guardian recently quoted Mark Pritchard, a Tory MP and member of the parliamentary joint national security committee, as noting that any Chinese participation in EDF’s nuclear plans would raise security concerns and might even require a direct UK government involvement through some kind of golden share. Nick Butler, a former energy adviser to Number 10, has also expressed concerns about the Chinese involvement in the UK’s energy sector. Writing in a recent FT blogpost, Butler pointed to the fact that “[t]hey will be inside the system, with access to the intricate architecture of the UK’s National Grid and the processes through which electricity supply is controlled, as well as to the UK’s nuclear technology”. Probably enough said.