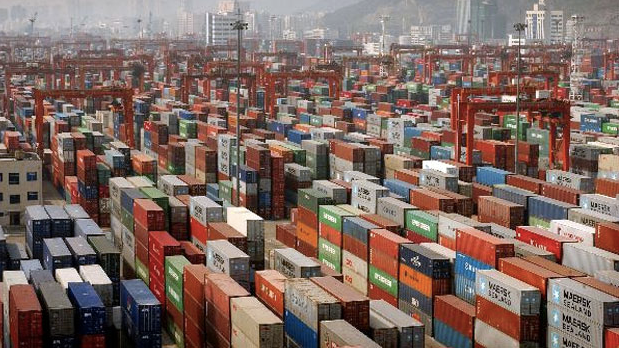 China’s imports unexpectedly fell in August while exports grew less than expected, the Financial Times reported on 10 September 2012. The disappointing figures indicate economic weakness and are a signal that more stimulus efforts may be needed to address the observed growth slowdown in the world’s second largest economy.

According to the FT article, in August, overall Chinese imports fell by 2.6 percent relative to a year earlier, whereas exports increased by as little as 2.7 percent. While export growth was still higher than the one percent recorded in July, it is far below the growth rates observed in the past decade.
The trade numbers recorded in August are considered a major concern for China’s export-driven economy, which is already expected to expand at its slowest pace in 13 years. As noted in the FT article, approximately 200 million people in the country are employed in export-oriented industries.

!m[](/uploads/story/360/thumbs/pic1_inline.png)Among the reasons for the disappointing trade numbers of late is the continuing debt crisis in Europe, China’s biggest trading partner. Exports to the European Union slid 12.7 percent in August compared to a year earlier. In addition to the falling exports to the EU, shipments to Japan were also disappointing, with a 6.7 percent decline in August. Bloomberg recently reported that in the second quarter, Japan’s economy expanded at half the rate the government had estimated. China’s exports to the United States, however, increased by 3 percent in August from the 0.6 percent recorded the previous month.

In addition to the trading data, other economic indicators also suggested a general slowdown in China’s economy. According to Bloomberg, industrial output rose the least in three years, whereas inflation accelerated for the first time in three months. The data indicate risks that China’s full-year growth will slide to the lowest in more than two decades.

While the Chinese government recently approved several infrastructure projects across the nation so as to stimulate growth, analysts believe that more measures will be needed for any hopes of achieving the 7.5 percent annual growth target, set by the government to be realistic. “China’s trade figures and domestic indicators released yesterday [Sunday] extended the recent feebleness in August”, pointed out Liu Ligang, chief China economist at ANZ Banking Group (ASX:ANZ), as quoted by the FT. “The Chinese authorities will probably expand tax rebates for exporters in labour-intensive industries.”

According to Bloomberg, the recorded signs of China’s economic weakness might also undermine support for the ruling Communist party, with a leadership transition due later in 2012. “Politicians want a benign backdrop for their party congress gathering and slumping stock prices and a worsening growth slowdown could spoil the party”, notes Lu Ting, chief Greater China economist at Bank of America Corp. (NYSE:BAC) in Hong Kong. “Putting together the economic fundamentals and the timing of major political events, there will be a second round of policy easing including cuts to banks’ reserve requirements and some fiscal stimulus”, Lu Ting pointed out as quoted by Bloomberg.