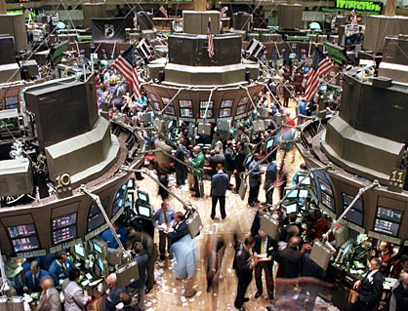 On 13 September Bernanke announced a third round of quantitative easing meant to stimulate a faster US economic recovery. The Fed will be spending $40 billion (£25 billion) each month to buy mortgage-backed securities (MBS) for an unlimited amount of time. Stock markets plunged into euphoria as if it’s 2007 all over again and indexes around the world registered considerable gains.

!m[](/uploads/story/380/thumbs/pic1_inline.png)”Despite the fact that additional Fed easing was largely baked into financial asset prices recently, markets cheered the news,” said Paul Edelstein, an economist at IHS Global Insight. The QE3 might have not come as surprise yet its aggressive size and the fact that it remains open-ended gave some much-needed CPR to the stock markets.

Nouriel Roubini, co-founder of the economic and geo-strategic information service RGE Monitor, explains in his blog post for The Guardian that financial markets have adopted a new trend of surging on both good and bad news, which makes them unstable. The stock markets have rallied since July simultaneously on hopes that the global economic situation will not worsen and on negative economic data, which was expected to provoke policymakers and make them introduce new rounds of quantitative easing and liquidity provision. The mentality of turning bad news into good news was fuelled by central-banking superheroes like Ben Bernanke and Mario Draghi who have come to the rescue carrying piles of cash. The issue is that both these policymakers have done what was in their power to help countries with struggling economies and give them the opportunity to pick themselves up. From now on, bad news will be even worse as they will exist despite central banks’ efforts to alleviate the situation. According to Mr Roubini, policymakers have been avoiding vital but unpopular reforms and major emerging markets and advanced economies alike are headed towards a hard landing. These countries can either fall from the trapeze with no safety net under them or show the determination and leadership required to avert further crises.

Although stock markets went wild at the end of the week, not all shares needed Bernanke’s QE3 to score gains. The MarketWatch picked a couple of companies who will most probably sustain strong performances even after QE3’s euphoria diminishes. One of these is Apple (NASDAQ:AAPL), which has seen its share prices rise not thanks to the Fed’s monetary policy but because it unveiled its newest product – the iPhone 5. The company has been marching on its own beat and continues to impress with its sales numbers despite weak global economy. Other stocks expected to retain their good standing are Total S.A.(NYSE:TOT), American Water Works(NYSE:AWK) and Procter & Gamble(NYSE:PG).