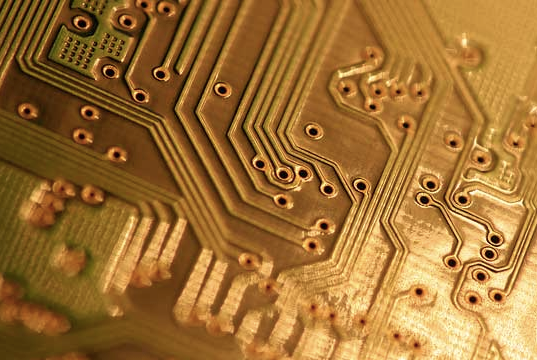 Written by:
Tsveta van Son
26th September 2012
Are you looking for fast-news, hot-tips and market analysis? Sign-up for the Invezz newsletter, today.

Despite the disappointing first-half pre-tax profits, there might be a ray of sunshine for the industrial and electronic products distribution group Premier Farnell (LON:PFL) after all, with figures showing signs of a slight improvement in August. On 14 September 2012, The Times reported that the second-biggest distributor of electrical and electronic goods had an upward movement in sales for the first time since December 2011. In addition, as a result of the positive trading news, Premier Farnell’s shares rose more than 10 percent on September 13, the Financial Times reported.

As noted in The Times article, the sales improvement was hardly impressive, being as little as 0.4 percent, and only visible in August. Yet, analysts hurried to regard it as a positive development outweighing past profit performance, which in turn sent the company shares 10.8 percent up to 190p, and made Premier Farnell the best performer in the FTSE 250. “In August, we were encouraged by the return to year-on-year growth of 0.4 percent. We remain cautious, but… expect growth to return in the second half”, noted Laurence Bain, Premier Farnell’s new chief executive, as quoted by the FT.

!m[](/uploads/story/462/thumbs/pic1_inline.png)The Times reports that the positive news coincided with Mr Bain’s first presentation to the City, and made his debut as Premier Farnell’s new CEO quite successful. Yet, it remains to be seen whether the rest of his term of office will be as successful, especially considering that the company depends on short-term demand and in consequence is highly sensitive to global economic trends.

As noted by the FT, in the six months ending July 29, Premier Farnell’s revenues declined from £497.9 million to £479.2 million, whereas diluted earnings per share fell from 13.2p to 6.2p. In addition, pre-tax profit more than halved from £64.9 million to £31.8 million, and underlying profit dropped by 16 percent to £39.7 million.
The decline in Premier Farnell’s revenue and profit is largely a reflection of the global economic downturn, with industry data showing that during the second quarter, the semiconductor market decreased by some 10 percent in Europe and the US. “In challenging global markets, we continue to show resilience and make strategic progress,” notes Mr Bain, as quoted by the FT. “We have had four consecutive quarters of stable sales per day within a market that continued to decline.” According to The Times, the company is losing sales, but not as fast as the core market is falling.

The FT reports that the company recently turned its focus toward markets such as South Korea, Taiwan and Thailand, which has helped partly insulate the group from shrinking revenues in the UK and Europe, with the semiconductor market in positive territory in Asia Pacific. Sales from developing economies account for about a quarter of Premier Farnell’s total turnover.
“Despite the global markets remaining uncertain and with very limited forward order visibility, I am confident that the Group is well positioned to leverage opportunities in our target markets,” said Mr Bain in the company press release.