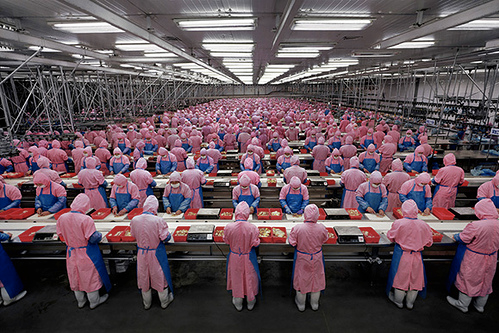 Written by:
Tsveta van Son
1st October 2012
Are you looking for fast-news, hot-tips and market analysis? Sign-up for the Invezz newsletter, today.

It seems as though October is off to a bad start for East Asia, with the region’s largest economies reporting disappointing manufacturing data. China’s manufacturing contraction persisted in September, whereas Japanese industrial companies grew more pessimistic.

On 1 October 2012, the Financial Times reported that the Bank of Japan’s Tankan report showed that its business confidence gauge fell from minus one to minus three, the fourth consecutive quarter with pessimists outnumbering optimists. The results mark the strongest string of negative readings since the country emerged from the global recession in 2010. Only 11 percent of the Japanese manufacturers defined the present business conditions as “favourable”, whereas as little as nine percent expected favourable conditions for the remainder of the fiscal year to March.

!m[](/uploads/story/489/thumbs/pic1_inline.png)As noted in the FT article, the figures suggest that Japan’s economy is at risk of lapsing into a quarter of contraction. Bloomberg in turn quoted Kiichi Murashima, chief economist at Citigroup Global Markets Japan Inc. as saying that Japan’s economy was likely to have contracted in the third quarter and would probably do so in the fourth as well, on account of weakness in exports.

The figures come ahead of two BOJ policy meetings scheduled in October, with some analysts expecting that Japan’s central bank might turn to additional easing.
Among the reasons cited for the marked pessimism of Japanese manufacturers is the strong yen, which put pressure on the BOJ to introduce a fresh package of stimulus measures in September. In addition, the country’s growth is seen to be threatened by the territorial dispute between China and Japan which has already put pressure on Japanese exporters. The FT quotes Kyohei Morita, economist at Barclays (NYSE:BCS), who noted that the spat implied “a downside risk to production, especially related to autos and electrical equipment”.

China’s economy, however, is not in the best state either, with a report showing that the Chinese factory index was at 49.8 for September, the first time it has been below 50 for two straight months since 2009, Bloomberg reported on October 1. The results are an indication that China’s economy probably slowed again in the third quarter, putting the country at risk of failing to achieve the 2012 growth target of 7.5 percent set by Beijing. “Weak external demand is putting heavy pressure on Chinese manufacturers, especially exporters,” said Ren Xianfang, an analyst with IHS Global Insight, as quoted by

Bloomberg. “China’s economic performance may hit bottom in the fourth quarter before it rebounds modestly in the first quarter of next year.” The FT quotes Liu Ligang, an ANZ (ASX:ANZ) economist, who noted that the implemented policies have so far “failed to arrest a cyclical economic downturn.”
Yet, as reported by the FT, China’s central bank is not expected to implement stimulus measures before the upcoming party congress in the beginning of November, which will usher in a once-in-a-decade leadership transition. “Monetary easing and fiscal policy implementation could accelerate following [next month’s party Communist party congress], in order to maintain social stability and a stable political transition,” noted Mr Liu, as quoted by the FT.