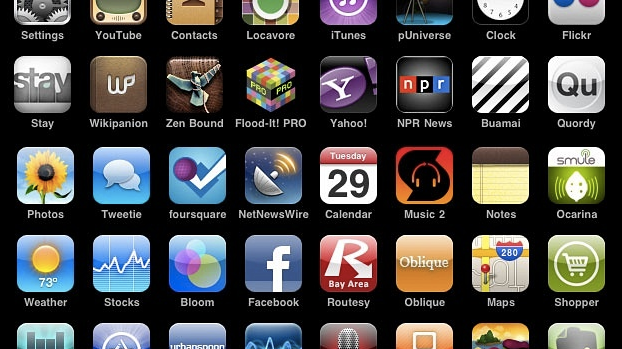 The Sunday Times reported that a technology firm with a single mobile app is planning to float on the London Stock Exchange by the end of October.

**Cloudtag **
The London-based company will be producing a tablet and smartphone app to help gym users monitor their workouts.
The app gathers information from a microchip concealed in a patch attached to the body. The microchip sends real-time data to the mobile device on which users can track the effectiveness of their training session. Cloudtag is counting on Matt Roberts, a personal trainer with high-profile clients including David and Samantha Cameron, as a fitness consultant for the business venture.

The Alternative Investment Market (AIM) flotation would hope to raise up to £1.4 million, valuing the company at £29 million. Cloudtag has hired Strand Hanson to advise it on the listing and Keith, Bayley, Rogers & Co as its broker.
**First Publicly Traded Mobile Developer**
On 7 July MEDL Mobile (OTC:MEDL) became the first purely mobile app developer to go public – the company raised approximately $2.5 million (£1.55 million) through the sale of 40 million shares.

!m[As Single App Cloudtag Eyes London Floatation, Glu Mobile and MEDL Share Prices Fall](/uploads/story/575/thumbs/pic1_inline.png)CEO Andrew Martin described the flotation as a major milestone for the company: “I am pleased to have completed this transaction, as it enables us to create greater value, broaden our investor base and create a public market for our stock. As a publicly-traded company, we believe that we will be in a better position to take advantage of the growing opportunities emerging in the mobile industry.”

Despite the management’s optimism, MEDL was short of revenue expectations in the second quarter of this year and its share price dropped from $1.15 to $0.20 a share.
About 93 percent of the company’s total sales come from the custom development of mobile applications. Its flagship technology is the “Mobile Brain” – the system uses a computing an algorithm that characterises and qualifies a person’s interests, evaluates the usage history of every mobile app and develops a dynamic portrait of the user in order to recommend other applications.

**Glu Mobile Tries to Avert Zynga-like Crisis**
Glu Mobile (NASDAQ:GUU), the US developer and publisher of freemium game applications, saw its shares plunge by more than 19 percent last week when it announced it is going to partner with Probability (LON:PBTY). The UK’s publicly-traded mobile gambling company will use its expertise to “create a suite of Glu-branded real-money mobile slot games”.
According to analysts, Glu Mobile will most likely post a deficit this year, but see a healthy profit of $0.18 a share next year. Unlike Zynga (NASDAQ:ZNGA), the company does not rely on Facebook to capture gamers’ attention. Its games are free for download and users pay only when they choose to enhance their gameplay or move along the game.
On Friday the stock price of Glu Mobile rose by 11 percent to $3.20 as GGV Capital, a venture capital firm, bought around 3.24 million shares for the price of $3.05.
“It appears that the stock falling to the $3.25 level is what triggered the purchases and GGV’s aggressive buying thereafter — as the stock continued to fall over the next two days — suggests that the firm sees real value at these prices,” InsiderScore wrote in a report Friday.