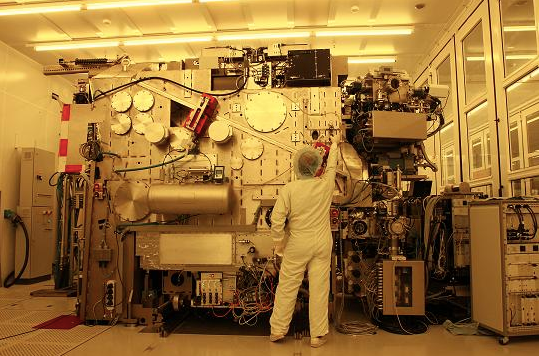 Written by:
Tsveta van Son
18th October 2012
Are you looking for fast-news, hot-tips and market analysis? Sign-up for the Invezz newsletter, today.

On 17 October 2012, the Financial Times reported that the Netherlands-based maker of equipment for manufacturing computer chips ASML (AMS:ASML, NASDAQ:ASML) would acquire Cymer (NASDAQ:CYMI), a top US manufacturer of light sources used in the photolithography process for semiconductor, or chip manufacturing. The strategic deal, which values Cymer at €1.95 billion (£1.58 billion) is seen as crucial for the development of more advanced chips for smartphones and tablets.

**The Dutch Chip Gear Maker Acquires Cymer in a €1.9 Billion Deal**
The deal involves a mix of cash and stock, with Cymer shareholders receiving 1.1502 ASML shares and $20 in cash for each Cymer share. Bloomberg reports that the price values the US company at 72 percent higher than the stock’s close in New York on October 16. “We wanted to pay (largely) in stock to reflect the strategic nature of the transaction,” pointed out Eric Meurice, CEO of ASML, as quoted by the FT. Reuters reported that ASML will pay the cash component from its €3 billion of available reserves and issue new shares for the rest.

**Extreme Ultraviolet Technique Extremely Important**
ASML noted that the merger with Cymer promised to ease the industry transition to using extreme ultraviolet light (EUV) for the chip lithography process which will allow the manufacture of thinner yet more powerful chips. “As we enter 2013, we recognise our customers’ uncertainty regarding the underlying semiconductor demand for the tablet and smartphone segments, as well as for the PC business,” said Mr Meurice, as quoted by Bloomberg. ASML’s customers include Samsung Electronics (KRX:005930) and Intel Corp (NASDAQ:INTC).

!m[Cymer’s EUV technology for chip lithography is their key asset](/uploads/story/598/thumbs/pic1_inline.png)The EUV technique is applied to make chips smaller while at the same time increasing their speed and capacity, which is essential for devices such as smartphones and tablets. “We think EUV is extremely important for this industry, there is no doubt about it, and customers are asking for it,” commented Peter Wennik, CFO of ASML in a video on the company website. “We believe that combining ASML and Cymer will speed up the development of the EUV technology.” Reuters reports that both Cymer and ASML have been working on the EUV technology but progress so far has been slow.

“ASML has realised the technology edge of the EUV machine is the light source, and if it doesn’t own it, margins will shift towards suppliers,” comments Robin van den Broek, analyst at ABN Amro Bank, as quoted by Bloomberg. “With this deal they’re avoiding a conflict of interest as ASML was already providing engineers to Cymer to solve problems.”

**Slowing PC Demand**
It is hardly surprising that ASML is looking into the EUV technology which is essential for tablet and smartphone chip manufacture, given the slowing demand for personal computers. Bloomberg notes that ASML’s competitor, Applied Materials Inc (NASDAQ:AMAT) was forced to eliminate some 1,300 jobs on account of slowing PC demand. The research company IHS iSuppli recently forecast that the PC market would contract by 1.2 percent to 349 million units in 2012 from 353 million units in 2011. “Our clients have no visibility on the PC trend into 2013,” Mr Meurice pointed out, as quoted by Bloomberg.
The deal is expected to close in the first half of 2013, with ASML intending to manage Cymer’s commercial operations as an independent division in the US. Reuters, however, quotes Patrick Ho, analyst at Steifel Nicolaus, as saying that the deal may face scrutiny from antitrust regulators since Nikon (TYO:7731), one of ASML’s competitors in lithography, is a customer of Cymer’s current technologies such as deep ultraviolet (DUV).