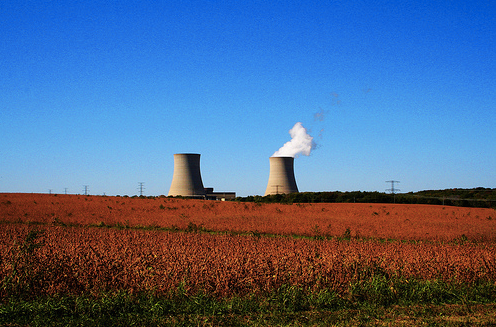 While the UK recently found a company to take over the E.ON and RWE-abandoned Horizon nuclear power project, prospects for Finland’s nuclear sector are currently not as optimistic after the German utility giant E.ON (PINK:EONGY) decided to pull out of the joint venture to build the Fennovoima nuclear reactor. On November 1st, Bloomberg reported that E.ON’s decision increased the chances of the project failing, thwarting plans of the Finnish government to reduce reliance on energy imports.

**E.ON’s Exit May Result in Fennovoima Project Failing**
Bloomberg quotes Timo Vainio, analyst at Pareto Securities ASA in Helsinki as saying that it was “entirely possible” that Finland’s Fennovoima project failed as a result of E.ON’s exit. Another Helsinki-based analyst, Markku Jaervinen from Evli Bank Oyj, also pointed out that the project was likely to fail unless another utility company replaced E.ON, with the German group being the only partner with nuclear expertise in the Finnish joint venture. “A financial investor will not be enough,” Mr Jaervinen wrote in an e-mail, as quoted by Bloomberg. “A cancellation of the project seems very likely.”

E.ON’s attempt to pull out of the Finnish nuclear venture has been prompted by Germany’s decision to phase out nuclear power following the Fukushima disaster in Japan. Earlier in 2012, E.ON and its peer RWE AG (ETR:RWE) put the British nuclear venture Horizon up for sale, which the Japanese electronics maker Hitachi (TYO:6501) recently decided to acquire.

**Potential Replacements**
!m[Potential Gap In Finland’s Future Power Supply ](/uploads/story/703/thumbs/pic1_inline.png)With E.ON pulling out, Fennovoima must find a suitable replacement by next summer, when the company should choose a reactor supplier and raise more funds from shareholders. “Despite E.ON’s exit, we maintain a firm belief and trust in finding takers for their share,” noted Fennovoima’s Chairman Pekka Ottavainen, as quoted by Bloomberg.

Reuters quotes Juha Kinnunen from the equity research company Inderes Oy as identifying the Swedish state-owned energy group Vattenfall as a potential buyer of E.ON’s stake, with the Swedish utility filing an application to replace existing Swedish reactors with new ones earlier in 2012. Mr Kinnunen however notes that utilities are reluctant to commit to nuclear reactors on account of political and financial risks. “E.ON only recently got their fingers burned in Germany,” commented Mr Kinnunen, as quoted by Bloomberg. “These types of risks also haunt their competitors, with even Vattenfall looking far-fetched as a candidate.”
Finland’s own biggest utility Fortum Oyj (HEL:FUM1V) is seen as an unlikely candidate to take over E.ON’s share, with Reuters reporting that in 2010, the company was left without a permit to build a new reactor. “Fortum has just said that they are looking to cut their capital expenditure, so this kind of project would turn that upside down,” pointed out Mr Kinnunen, as quoted by Reuters.
**Finland’s Energy Challenges**
Yet, failure to find a suitable replacement is likely to lead to an annual gap of at least 12 terawatt-hours in Finland’s future power supply, or about 14 percent of current demand, given that the country relies on nuclear energy to power energy-intensive industries such as paper and pulp production, key for the country’s economy. Bloomberg reports that in 2011, Finland had to import some 21 percent of the power it used, lacking the vast oil reserves of its Nordic neighbour Norway.
In addition, as indicated by the European Wind Energy Association, in 2011, Finland obtained as little as 0.5 percent of its electricity use from wind power, with scarce wind energy investment blamed on environmental regulations. “Regulatory issues and environmental aspects make onshore wind power investments in Finland even more challenging than constructing nuclear plants, indeed almost impossible,” noted Peter Tuominen, public affairs manager at Fortum, as recently quoted by Bloomberg.