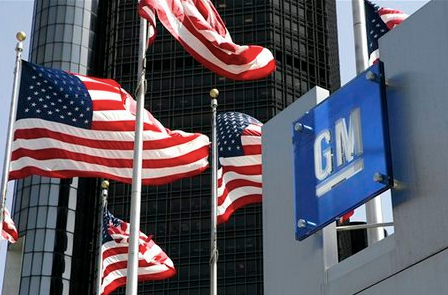 Written by:
Anton Aleksandrov
1st November 2012
Are you looking for fast-news, hot-tips and market analysis? Sign-up for the Invezz newsletter, today.

On Wednesday 31 October shares in General Motors (NYSE:GM) jumped by the highest ever margin since the company’s initial public offering in November 2010. The stock price gained 9.5 percent and ended up at $25.50 when the New York stock exchange closed. The rise can be attributed to the strong quarterly results released but even more so to GM’s pledge to break even by the middle of the decade in Europe, the region where it has lost $17.3 billion (£10.7 billion) since 1999.

**Business Revamp in Europe**
!m[The Automaker Set on Course With Wide Restructuring of Its European Arm](/uploads/story/698/thumbs/pic1_inline.png)General Motors has promised to work hard in order to achieve satisfactory performance and eventually break even in Europe.
In its restructuring programme, the company will be reducing its European employment count by 2,600, 200 of which from the UK, but assured that most cuts will come through voluntary redundancies and early retirement.

“We’re managing to a cost number, not just taking out heads for the sake of taking out heads because it’s some statistic people put out,” said Steve Girsky, GM’s vice chairman in charge of turning around its European operations “We’re not in the habit of announcing things and doing them. We’d rather do them and then announce them.”

According to Mr Girsky the company has been carrying out stealth job reductions throughout the year and has greatly reduced factory capacity by closing a plant in Belgium two years ago and consolidating the production of the Opel Astra model from three to two plants. About $300 million (£186 million) in fixed costs were slashed in Europe this year.
GM is also trying to polish its reputation and boost the image and the price tag on its Opel brand, which took a serious hit when the company went bankrupt in 2009 and has suffered from icy relations with the European unions. “Our brand image has deteriorated over the last several years,” Girsky commented. “The bankruptcy was part of it. The poor relations with the works council was another part of it. We are working very hard. We know we’re behind.”
The automaker expects European auto industry sales next year to fall between 4 and 5 percent compared with 2012 amid the continuing Eurozone debt crisis. The company intends to stick to its Opel restructuring plan since a European recovery in the near future is not a likely scenario.