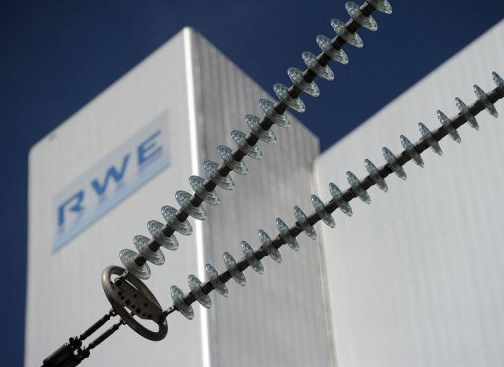 On November 14, Germany’s second largest utility company RWE (ETR:RWE) reported its results for the first three quarters of 2012. By contrast with its main peer, E.ON which on November 13 slashed its 2013 forecast, RWE kept its outlook for 2013 and slightly raised its 2012 forecast. The company, however, also noted that it was selling assets and cutting costs, with German utilities affected by weaker power demand as well as by Germany’s decision to phase out nuclear power.

**RWE Reports Q3 Results**
RWE reported that it had cut losses at its trading and midstream unit to €403 million (£323.6 million) for the nine months ended September 30, relative to a €842 million loss posted a year earlier. “Our performance over the first three quarters of the current financial year has been quite good,” noted the company CEO Peter Terium, as quoted by Reuters.

RWE also reported that its earnings before interest, tax, depreciation and amortisation (EBITDA) increased by 8 percent to €6.7 billion, relative to 2011, whereas the operating result improved by 8 percent to €4.6 billion.
**Forecast Raised**
!m[](/uploads/story/816/thumbs/pic1_inline.png)As a result of the improved performance, RWE noted that it was “slightly more confident” in its outlook for the fiscal year 2012 expecting to “at least” match the EBITDA and the operating result achieved in 2011. RWE also said that its earnings prospects for 2013 were “favourable” noting that its EBITDA would probably improve and would likely total €9 billion in 2013. RWE’s 2013 outlook is in sharp contrast with the forecast of its peer, E.ON, which announced that it was putting its outlook for 2013 and statements for 2015 under review.

Reuters, however, quotes Michael Schaefer, analyst at Equinet, as saying that “the quality of the raised outlook shouldn’t be overestimated given that improved – but naturally volatile – trading results primarily triggered the upgrade.”
**Electricity and Gas Sales Declines**
Despite its favourable earnings prospects, RWE has also been plagued by a decline in electricity and gas sales, reporting that for the first nine months of 2012, it sold 208.3 billion kilowatt hours of electricity, 7 percent less, relative to the same period in 2011. Gas sales declined 11 percent to 203.6 billion kilowatt hours.

RWE has also been suffering alongside other European utilities from oil-indexed gas contracts with companies such as Gazprom (MCX:GAZP) and the Norwegian Statoil (NYSE:STO). “A marked improvement of the performance of our energy trading activities was contrasted by ongoing heavy burdens in the gas midstream business,” RWE pointed out as quoted by Bloomberg. “Parts of our gas purchases are based on long-term, oil price-indexed contracts, and we have to pay prices for this gas that are much higher than those realisable when it is sold on the market.”

**Cost Savings, Portfolio Adjustments**
Like its peer E.ON, RWE is also implementing cost reductions and offloading assets, cutting its capital expenditure by €1 billion in the nine months ended September 30. RWE sold its stake in the UK nuclear venture Horizon, as well as its interests in the water utility Berlinwasser and the “Edvard Grieg” oil field. “We will implement further cuts,” noted Mr Terium, as quoted by Reuters.