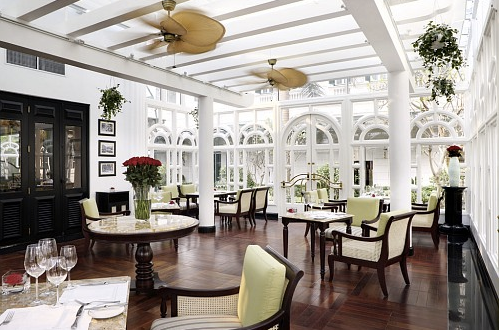 VinaCapital Vietnam Opportunity Fund (LON:VOF) has put its stake in the Hanoi Metropole hotel up for sale, as it tries to sell off premium assets after the collapse of the Vietnamese property market, The Financial Times reported on 28 November 2012.
According to the paper, citing VinaCapital’s investor relations manager David Dropsey, the London-traded fund has appointed real estate consultancy Jones Lang LaSalle (NYSE:JLL) to market its 50 per cent stake in the Vietnamese hotel, the remaining 50 per cent stake of which is owned by the Hanoi government. The fund manager has also told investors that VinaCapital’s stake in the Metropole hotel, where Charlie Chaplin, Graham Greene and Somerset Maugham have all stayed, was worth $58.7 million (£36.6 million) at book value. According to property agents, however, VinaCapital may not be able to sell the asset for a significant premium over that price given the current condition of the communist country’s economy and its troubled real estate market, in particular.

**Potential Buyers Uncomfortable with Ownership Structure**
International investors are currently looking to pick up distressed property assets at bargain prices. Potential buyers who have looked at VinaCapital’s stake in the Metropole hotel said that it was an attractive trophy asset, but they would think twice about paying any significant premium for it because of the extent of the Hanoi government’s control over the business.

!m[](/uploads/story/930/thumbs/pic1_inline.png)According to Marc Townsend, head of the Vietnam office of real estate agency firm CB Richard Ellis, many foreign investors remain uncomfortable with the complex ownership structures in Vietnam. He told The Financial Times: “People come every week to look at these assets, but when they peel back the skin, they don’t get quite the ownership structure or control that you want. So a lot of these properties will never be acquired by Singaporean funds or Japanese investment trusts.”

**Vietnam-Focused Funds Feel Heat from Shareholders**
Vietnam, one of the hottest emerging markets before the financial crisis in 2008, has attracted a number of large real estate investors, with VinaCapital just one of the several boutique fund managers that raised billions of dollars from international investors to put into the communist country. Yet, as the Vietnamese economy started struggling, hit by an inflation crisis, rising bad debts and deflating property and stock market bubbles, VinaCapital’s internationally listed funds, as well as those of its main rivals Dragon Capital (PINK:DRGV) and Indochina Capital (PINK:ICVHF), have tumbled in value. This has greatly affected the funds, which persistently trading at big discounts to their reported net asset values, are now under pressure from shareholders to make disposals.
According to a report issued last week by UK investment research company Edison Investment Research, VinaCapital’s board intends to direct proceeds of property asset disposals towards share repurchases, believing 15-20 per cent is a more acceptable discount range than its current level of 32 per cent.