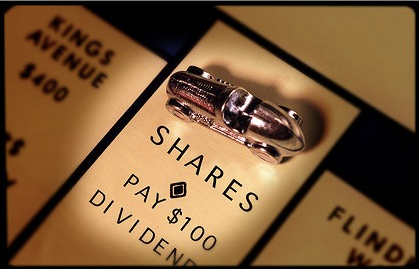 On Monday 3 December Oracle (NASDAQ:ORCL), the cloud computing company, announced it would give back to shareholders over $867 million (£539 million) in dividends in order to avoid potentially higher tax bills for its investors.

**Oracle Prepays Amid Uncertainty over Fiscal Cliff**
The dividends, which were supposed to be paid in 2013, have been rescheduled for December – all shareholders of record as of close of business on 14 December will receive their payments on 21 December. According to data from Thomson Reuters, the dividend will amount to 18 cents per share of outstanding common stock or the equivalent of $867 million (£539 million).

One of the biggest winners from the early dividends will be Oracle’s CEO and its largest shareholder – Larry Ellison. Mr Ellison will receive a one-off payment of around $205 million (£127 million), which could save him more than $30 million (£19 million) if the fiscal cliff is left unchanged and the lower tax rate instituted by the Bush administration is reversed. In its filing submitted to the Securities Exchange Commission, Oracle said Mr Ellison “did not participate in the deliberation or the vote on this matter”.

To compensate for the “accelerated” dividend received by Oracle’s shareholders this month, the company said it would not make the usual regular quarterly payment it would have made over the following three quarters in 2013.
**Joining the “Special Dividends” Group**
With its announcement on Monday Oracle joined a growing number of US companies, which have declared they will be returning money to shareholders before 1 January 2013.

!m[Uncertainty Over the Fiscal Cliff Pushes Companies to Take Pre-emptive Measures](/uploads/story/951/thumbs/pic1_inline.png)Since 2003 investors have paid a maximum of 15 percent on dividend income but that historically low rate could change if President Obama and US Congress don’t reach a compromise on the fiscal cliff. If there is no agreement between republicans and democrats and the current legislature is left untouched, dividends in the US will be taxed as ordinary income, the same as wages, which means the rates will go up depending on the income bracket of the investor. The highest earners could end up paying about 43.4 percent tax on the dividends they receive.

According to Frederick Cannon, an analyst at Keefe, Bruyette & Woods, no matter what happens in the discussions between Congress and President Obama, tax rates on dividends will go above 20 percent in 2013. This explains why so many US companies have decided to distribute “special” or “early” dividends in order to allow their shareholders to avoid paying higher taxes.
As of last week a record of 112 companies announced they will be paying special dividends. Some of these include Costco (NASDAQ:COST), the warehouse-style discount stores chain, which said it would distribute $7 a share on December 18 and wireless communications company Tessco Technologies (NASDAQ:TESS) which will be returning to its investors 75 cents a share.
Despite having become increasingly “shareholder friendly”, Apple (NASDAQ:AAPL) is not expected to join the “special dividend” group according to most analysts. “The company is more focused on building a track record of predictable dividend growth” than making a one-time payout, opined Chris Whitmore, an analyst at Deutsche Bank AG. In August this year Apple finally decided to resume quarterly dividends for the first time since 1995 and pay shareholders $2.65 a share. As of 29 September the iPhone maker was sitting at $121.3 billion (£75.4 billion) in cash and securities.