Talks between NYSE Euronext and ICE on Possible Merger 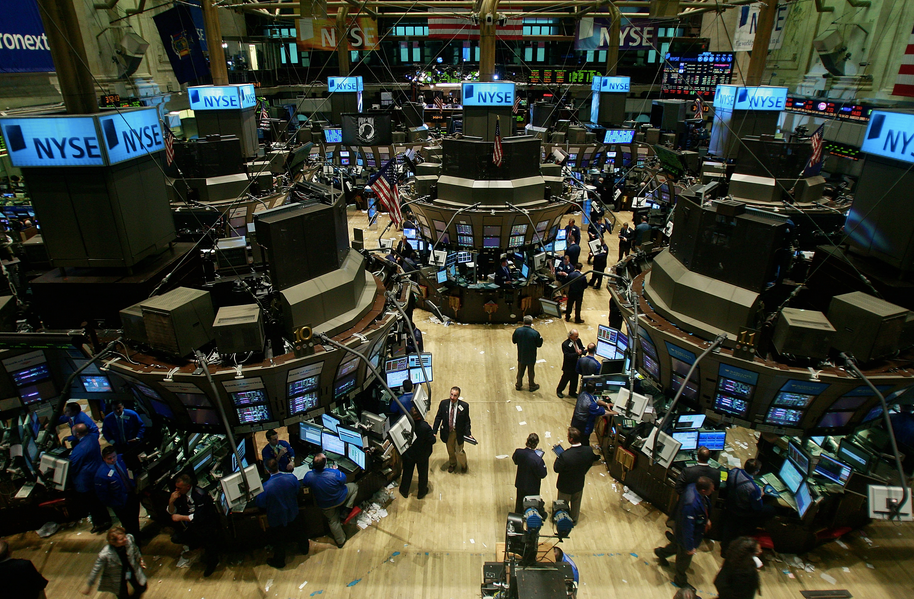 Written by:
Anton Aleksandrov
20th December 2012
Are you looking for fast-news, hot-tips and market analysis? Sign-up for the Invezz newsletter, today.

The global exchange operator, NYSE Euronext’s share price (NYSE:ICE),surged by 21.41 percent in afterhours trading to $29.20 as rumours of a possible merger with IntercontinentalExchange (NYSE:ICE) reached the stock market.

According to CNBC, ICE has proposed a deal that would value NYSE at $33 per share, a 37 percent premium over Wednesday’s closing price of $24.05. With around 243 million outstanding shares the $33-per-share price would value the company at about $8 billion (£4.92 billion). A deal could be announced as early as today with both companies declining to comment on the rumours.

**Previous Acquisition Attempts**
Just a year ago NASDAQ OMX, a global rival for NYSE, and ICE failed to carry out an $11.3 billion (£6.95 billion) hostile takeover for NYSE after the US antitrust regulators worried the deal would bring all US stock listings under one roof. The US Department of Justice said that combining NYSE and NASDAQ will eliminate competition on the stock market in listings, trading, reporting and other areas.

Another planned tie-up between NYSE and Deutsche Börse fell apart in February after the European Commission opposed the combination because it would corner too much of the market in exchange-traded derivatives. According to the Financial Times the merger between the German and American exchanges would have created the world’s largest platform for company listings, the largest derivatives exchange and a group with four times the revenue of the London Stock Exchange. At that time NYSE heavily criticised the EU for blocking the deal.

!m[Deal Seen as Likely to be Passed Through US Regulators](/uploads/story/1073/thumbs/pic1_inline.png)
A possible merger between NYSE and ICE would likely be subjected to less regulator’s scrutiny because ICE focuses on commodities such as natural gas, oil and cotton, while NYSE mainly deals with stock and stock options and derivatives. “We struggle to see any business overlap that would result in antitrust issues for the combination,” said Alex Kramm, UBS analyst, as quoted by Reuters. “While there is limited information on the potential deal structure, we could envision several scenarios, including one where ICE spins out NYX’s non-Liffe businesses to maximize returns.”

The New York Stock Exchange has suffered from a continuing fall in trading volumes which began in 2009. “NYSE clearly has had a challenging time,” said Thomas Caldwell, chairman of Caldwell Investment Management, as quoted by The Wall Street Journal. “There is a desire or possibly even a need to do some deal, after the failure with Deutsche Börse.”
Unlike NYSE Euronext, ICE has stayed out of stocks trading and has focused on the more-profitable but also declining futures trading business, where exchanges are able to control both the trading and processing of contracts. According to The New York Times’ Dealbook, ICE enjoys some of the highest profit margins in the industry and has seen its share price climb by 6.44 percent to $128.31 in the year-to-date. On the other hand the NYSE, the oldest American exchange and the public image of a stock market for two centuries, is now in negotiations for a deal worth several billions less than what NASDAQ and ICE offered less than two years ago.