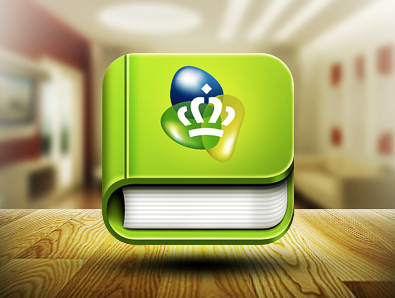 The telecom announced its decision together with full-year 2012 results which showed a 3.5 percent decrease in revenues and a 12 percent drop in earnings from 2011. Following the announcement, KPN’s share price fell by more than 21 percent and at 13.30 GMT was trading at €3.21. The stock is now at its lowest point since the company listed in 1994. Since May, when America Movil said it would increase its stake in KPN to 28 percent, a €2.66 billion (₤2.28 billion) commitment, shares of the Dutch company have plunged 52 percent.

“KPN’s financial position has been impacted by rising debt levels combined with increased commercial investments,” commented chief executive officer Eelco Blok on the results. The capital increase and lower dividends “will support our financial position in the coming years,” he added.
“The rights issue is larger than expected,” observed Radobank analyst Frank Claassen. “It is a heavy measure they’re taking. The earnings are disappointing and there’s no clear outlook.”

The planned equity issue is nearly equal to KPN’s market capitalisation and will take the form of a rights issue, giving existing shareholders first call on the new shares. Rights offerings tend to fail only if there is serious doubt about the company’s survival or its strategic plans.
!m[Dutch Telco Suffers From Cheap Mobile Internet Alternatives Skype and WhatsApp](/uploads/story/1367/thumbs/pic1_inline.png)

KPN’s financial woes began two years ago when it repurchased €1 billion (₤857 million) of its own stock and paid a dividend of €0.85 (₤0.73) a share. In April 2011, while its shares were still trading above €10, the company issued a profit warning to investors, emphasising that many customers were migrating from its text message and voice offerings to cheaper mobile Internet alternatives such as Skype and WhatsApp. Back then CEO Blok announced plans, still ongoing, to shed 5,000 personnel, roughly a sixth of the company’s total workforce. At one point KPN sought to charge its customers an additional fee for using Skype but Dutch consumers resisted and the parliament quickly passed legislation to make such surcharges illegal. KPN, Deutsche Telekom and Vodafone responded by raising their Internet data plans prices almost simultaneously, which prompted a European Commission price-fixing investigation.

Shareholders will vote on the rights issue at an extraordinary meeting on 19 March. Analysts have speculated there may be opposition from billionaire Carlos Slim, owner of America Movil, who to this point has chosen to keep his company’s stake in KPN below the 30 percent mark to avoid triggering a mandatory takeover offer under Dutch law for the whole group.
**KPN’s share price as of 05.02.2013, 13.30 GMT, was €3.21.**