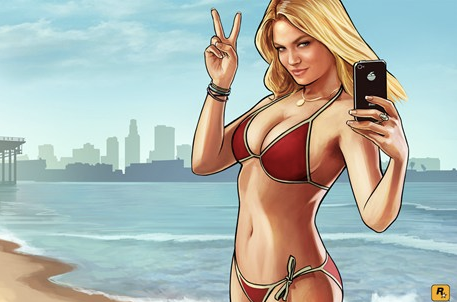 Shares in videogame-makers Zynga (NASDAQ:ZNGA) and Take-Two (NASDAQ:TTWO) surged on Tuesday after the companies announced better than expected quarterly results as a result of cost cutting and new game launches.

**Zynga**
Zynga, the biggest developer of online social games, reported fourth-quarter profit and revenue that topped analysts’ expectations as the company slashed costs faster than demand fell for virtual goods. Revenue remained unchanged from Q4 2011 at $311.2 million (₤198.9 million) yet analysts expected a significantly lower figure of around $250.2 million (₤159.8 million). Excluding special items Zynga posted a profit of $0.01 a share compared with Wall Street’s consensus of a $0.03 a share loss. In the past year Mark Pincus, chief executive officer, moved to close a number of remote offices, shut more than a dozen games and trimmed 5 percent of the company’s workforce, which led to a decline in costs from $797.8 million (₤509.4 million) in Q4 2011 to $273.6 million (₤174.7 million) in the last quarter of 2012.

Pincus described Zynga’s current focus as developing new franchises as well as expanding its current series. “Zynga’s core strength has been our ability to invest in and sustain leading franchises,” the CEO said.
Zynga’s share price jumped by 7.03 percent during the regular trading session on the Nasdaq exchange and surged an additional 6.57 percent in afterhours trading. At 08.50 GMT today the stock was trading at $2.92 a share. A report from Merril Lynch, Bank of America’s investment unit, released hours before Zynga posted its earnings, put a price target on the company’s stock at $3.40 and raised its outlook on the firm from underperform to buy. The report however doesn’t predict any substantial earnings growth in the short term as the firm is expected to bring in $200 million (₤127.8 million) in annual gambling revenue and $150-200 million (₤96-₤128 million) in mobile revenue in 2013. Merril Lynch analysts are doubtful as to whether Zynga will be able to continue to perform in its largest market- Facebook social gaming.

!m[Cost Cutting and New Game Releases Help Game Makers Top Revenue and Profit Forecasts](/uploads/story/1376/thumbs/pic1_inline.png)
**Take-Two Interactive**
Take-Two, publisher of the Grand Theft Auto series, reported a 71 percent increase in sales year-on-year to $405 million (₤258.6 million) and a 148 percent increase in profits to $0.67 (₤0.43) a share, compared with analyst expectations of $365 million (₤233 million) in revenues and $0.55 (₤0.35) EPS. The company’s stock appreciated by nearly 7 percent in afterhours trading on Tuesday and at 09.00 GMT today was at $13.50 a share.

The game-maker, which on 31 January delayed the next version of its best-selling Grand Theft Auto, cited strong sales of its Borderlands 2 shooter game and NBA 2K13, which benefited after Electronic Arts cancelled a rival basketball title. Take-Two said it shipped more than 15 million copies of NBA 2K13, which received its highest overall rating ever, according to the company’s statement.

“Our focus on quality really matters over time,” Strauss Zelnick, chief executive officer, said in an interview with Bloomberg. “If you give people what they want, they will come out for it.” With another popular game, Bioshock Infinite, out just before the fiscal year end in March, CEO Zelnick said the company was “well positioned for a solid finish to fiscal year 2013 and substantial revenue and earnings growth in fiscal year 2014”.
**Zynga’s share price as of 06.02.2013, 09.20 GMT, was $2.92 (afterhours trading).**
**Take-Two’s share price as of 06.02.2013, 09.20 GMT, was $13.50 (afterhours trading).**