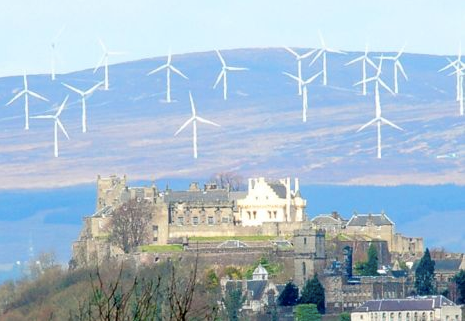 Greencoat UK Wind, an infrastructure fund managed by Greencoat Capital, announced that it was planning to raise a minimum of £205 million by means of a flotation on the London Stock Exchange. Proceeds from the Greencoat UK Wind IPO will be used for purchasing wind-power assets from the utility companies RWE AG (ETR:RWE, FRA:RWE) and SSE Plc (LON:SSE).

**Greencoat Planning Wind Energy IPO**
On February 6, Greencoat UK Wind announced in a press release that it was planning to launch an initial public offering, seeking to raise £205 million, with investors offered an income stream through an initial annual 6p dividend on the 100p issue price, to be raised in line with inflation. The company also noted that it can increase its issue size by £55 million. Dealing in the shares is expected to start in March.

The Greencoat UK Wind IPO is supported by the Department for Business, Innovation and Skills, which has committed to subscribe for 50 million ordinary shares. The utility SSE has in turn agreed to purchase up to 43 million ordinary shares.
**SSE and RWE Wind Farms**
In its statement, Greencoat said that it had signed agreements with RWE and SSE to acquire several operational UK wind farms. BusinessGreen reported that if Greencoat UK Wind’s IPO is successful, the company will acquire SSE’s Tappaghan and Bin Mountain wind farms in Northern Ireland, as well as Carcant and Braes of Doune in Scotland. Greencoat’s agreement with RWE involves two wind farms, including a share in RWE’s Rhyl Flats offshore project, alongside the UK Green Investment Bank, which said it was going to acquire a 24.95 per cent stake in the project. Under the terms of the deal, the utilities will continue to operate the wind farms.

!m[IPO To Raise Funds For SSE And RWE Sites](/uploads/story/1388/thumbs/pic1_inline.png)
**“Another Form of Financing”**
Although the UK plans to get 30 percent of its power from renewable sources by the end of the decade, onshore wind power projects have faced criticism that they are inefficient and too heavily subsidised.
The Financial Times however quoted Richard Nourse, a managing partner at Greencoat Capital, as pointing out that the fund offered another form of financing for wind projects, adding that utilities would “continue to build them but can sell out and recycle the cash to build new ones.”

Bloomberg in turn quoted Angus McCrone, a senior analyst at Bloomberg New Energy Finance, as noting that an IPO by Greencoat could boost investor confidence in the UK wind energy sector after a period of uncertainty over government support. “But as an infrastructure fund, Greencoat would be a different – and lower-risk – type of animal than previous UK stock-market debutants in the wind sector,” added Mr McCrone.
Among those debutants are Clipper Windpower Ltd which in 2005 raised £75 million on London’s AIM junior market and Renewable Energy Generation (LON:WIND) raising £25 million the same year.