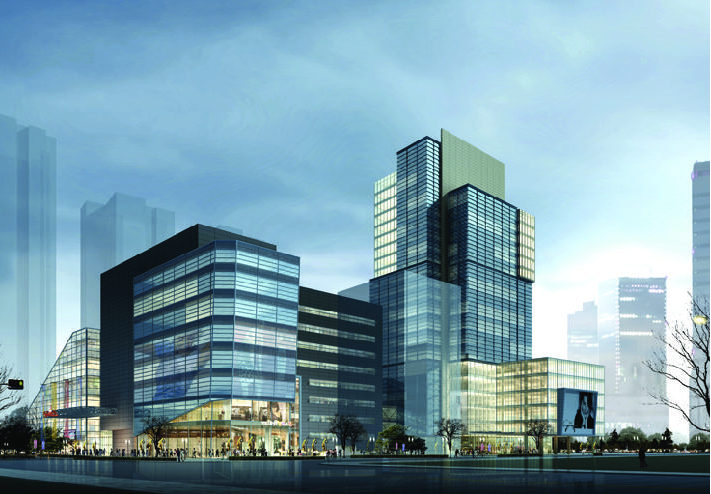 Mapletree Investments, real estate unit of Temasek Holdings, is looking to raise as much as HKD1.6 billion (₤1.3 billion) from an initial public offering (IPO) of a REIT backed by assets in China and Hong Kong.
According to a prospectus filed with the Monetary Authority of Singapore, the REIT will offer about 1.7 billion shares priced at HKD0.88 and HKD0.93. About 953 million of the units will be sold to cornerstone investors, including Morgan Stanley and AIA Group.

The REIT’s assets include the Gateway Plaza office complex in Beijing and the Festival Walk shopping mall in Hong Kong. The sale will be the biggest flotation of a REIT in Singapore, surpassing two earlier offerings by Mapletree.
Mapletree Investments will have a 32 to 35 percent stake in the new REIT, with other key investors including Myriad Asset Management, Henderson Global Investors and Norges Bank Investment Management, which runs the world’s biggest sovereign wealth fund – the Government Pension Fund Global.

Mapletree Industrial Trust, which raised $714 million (₤460 million) in October 2010, and Mapletree Commercial Trust, which floated $754 million (₤486 million) worth of shares in April 2011, have both seen their stock appreciate by roughly 50 percent from their IPO prices.
**RioCan REIT**
RioCan REIT (TSE:REI.UN), Canada’s largest retail landlord, reported on Thursday that funds from operations (FFO) rose by 16 percent in the fourth quarter of last year, compared with the same period a year ago. FFO climbed to CAD116 million (₤75 million) and CAD0.39 a share, from CAD100 million (₤64 million) and CAD0.36 a share, in Q4 2011. Thomson Reuters’ survey of analysts had predicted FFO of CAD0.40 a share.

Property investors prefer to look at FFO as a measure of a REIT’s financial health rather than net income, which can be volatile due to property sales and debt restructurings. RioCan’s shares, which have climbed by a modest 3.6 percent in 2012, closed flat at CAD27.41 on the Toronto Stock Exchange on Thursday.
In the fourth quarter, the REIT acquired stakes in 31 income properties in Canada and the US, adding two million sq. ft. of retail space to its portfolio. For the full year it purchased stakes in 43 properties, adding 3.5 million sq. ft. Lease cancellation fees contributed CAD4 million (₤2.57 million) to the company’s results.

Overall occupancy was at 97.4 percent at 31 December, down slightly from 97.6 percent at the end of 2011.
**Armour REIT**
Armour (NYSE:ARR), a US-based mortgage REIT, announced on Wednesday that it is commencing a 65-million-share offering of its stock and will use the net proceeds to acquire additional agency securities. Instead of issuing them all at once, the underwriters plan to place the shares at prevailing market prices at various times through the New York Stock Exchange, the over-the-counter (OTC) market, or through negotiated transactions.
!m[RioCan Releases Q4 and Full-Year Results, Armour To Issue 65 Million Shares](/uploads/story/1453/thumbs/pic1_inline.png)
In addition to the base amount of 65 million shares, Armour noted that investment banks including Deutsche Bank Securities, Merrill Lynch, Credit Suisse, JP Morgan and Citibank – all of which will be book-runners for the offering – will have thirty days to decide whether they want to purchase an additional 9.5 million shares.
Armour REIT invests primarily in fixed rate, adjustable rate and hybrid adjustable rate residential mortgage-backed securities issued by government-sponsored entities, in particular Freddie Mac and Fannie Mae. Armour REIT’s share price fell by 5.50 percent to $6.70 on Thursday.
**RioCan REIT’s share price of 15.02.2013, 09.00 GMT, was CAD27.41.**
**Armour REIT’s share price of 15.02.2013, 09.00 GMT, was $6.70.**

Anthony worked for a number of years as head of sales and marketing for stock broker companies with extensive experience in shares & currency investment both in the UK and abroad. He also has his own real estate investment portfolio.
Related news
Blackstone wants to own facilities where TV and films are produced
29th June, 19:52
Rightmove warns of another £17 million to £20 million hit to its revenue due to COVID-19
23rd June, 11:29
Intu Properties names KPMG as administrator if it fails to strike a debt standstill deal with creditors
23rd June, 10:17
Capco invests £436 million to purchase Hong Kong tycoon’s 20.9% stake in Shaftesbury
1st June, 09:31
Intu Properties seeks standstill agreements with creditors to avoid default
18th May, 10:48
Related market data
Invezz uses cookies to provide you with a great user experience. By using Invezz, you accept our privacy policy.