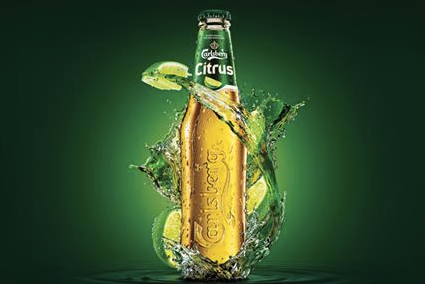 Written by:
Anton Aleksandrov
18th February 2013
Are you looking for fast-news, hot-tips and market analysis? Sign-up for the Invezz newsletter, today.

Carlsberg (CPH:CARL-A), the Danish owner of Russia’s biggest brewer, today gave up on its medium-term profitability target amidst rising costs of beer-making and expenses related to changes in its logistics infrastructure. In February 2010, Carlsberg set itself the target of increasing operating profit to 20 percent of sales in three to five years but this has been proving difficult to achieve, the company said in a statement, adding that “several events, both within and beyond our control, have and will continue to impact margins”.

Carlsberg’s share price dropped by as much as seven percent in today’s trading session on the Copenhagen Stock Exchange and at 11.00 GMT the stock was changing hands at 587.50 kroner.
The company also published its fourth-quarter financial results, showing earnings that missed analysts’ expectations. Earnings before interest, taxes and some one-time items rose to 2.15 billion kroner (₤248 million) in the fourth quarter compared to 1.83 billion kroner (₤211 million) for the same period a year ago. The figure comes out below the 2.28 billion kroner (₤263 million) median estimate given by a Bloomberg survey of seven analysts. Carlsberg expects operating earnings this year of around 10 billion kroner (₤1.16 billion), up from 9.8 billion in 2012 (₤1.13 billion) but trailing analysts’ forecast of 11 billion kroner (₤1.27 billion).

“The change in long-term financial targets is probably the most disappointing element in the report,” opined Sydbank analyst Morten Imsgaard. “It helps paint a picture of a brewery which is not entirely in control of factors which are decisive for earnings.”
The beer-maker, which generates roughly 60 percent of its revenue in Western Europe, has built up a market-leading position in Russia but its business there has been hampered by government measures to reduce alcohol consumption, such as tax increases and a ban on advertising in all media, including the internet.

Carlsberg’s beer sales volumes in Europe fell by six percent in 2012, as Russian stocks dwindled and production in Uzbekistan was suspended because of a shortage of raw materials in the wake of currency conversion difficulties. The world’s fourth largest brewer nevertheless managed to boost its market share in key developing markets, including India, Nepal, Cambodia, Malaysia and Vietnam.

**Somersby – Fastest Growing Cider Brand**
Since its launch in Denmark in March 2008, Carlsberg’s Somersby has been growing at a remarkable pace, in the process conquering pretty much all of continental Europe. In 2012 alone, the cider brand was introduced into 15 new territories, including in Asia; almost doubling volume growth and becoming the world’s fastest growing international cider brand.

“With Somersby, we have managed to ride the cider wave by building a strong cider brand in a drinks category which has been growing at an average 4.8 percent over the past ten years,” said Anne Brøndsted Nielsen, Somersby’s International Marketing Manager.
!m[Brewer Reaps Rewards with Somersby Cider Brand, Prepares New Flavoured Lager for the UK](/uploads/story/1463/thumbs/pic1_inline.png)
**Carlsberg UK to Launch Carlsberg Citrus**
Last week the Danish brewer’s UK arm announced that it plans this Spring to launch Carlsberg Citrus, a low alcohol (2.8% ABV) flavoured lager, to be supported by a multimillion-pound marketing campaign. The brand extension, which is “blended with natural Persian and Key limes”, has been developed by Carlsberg UK’s innovation team.
“We have responded to consumer trends and developed a lager which consumers really do find refreshing and appealing,” said David Scott, director of marketing for Carlsberg UK. According to the company, 70 percent of the consumers who tested the new flavour preferred it to competitor brands. The launch will be supported by print and TV ads in May, as well as a sampling and PR campaign.
**Carlsberg’s share price as of 18.02.2013, 12.30 GMT, was 588.50 kroner.**