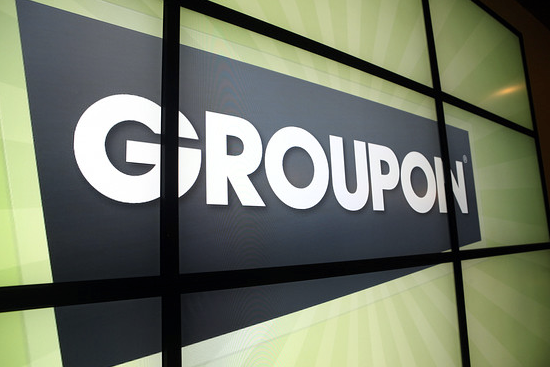 Groupon (NASDAQ:GRPN), the world’s largest daily-coupon seller, has projected first-quarter sales bellow analysts’ estimates, Bloomberg reported today, February 28th. The Chicago-based company expects to turn in $560 million to $610 million in revenue in the first three months of 2013, which falls short of analysts’ estimates by a significant margin. According to Bloomberg data analysts’ average prediction was for the company to generate $647.7 million in sales revenue. This resulted in Groupon’s share price taking a plunge of 29 percent in extended trading yesterday and increased pressure on CEO Andrew Manson.

**Struggling amidst declining demand**
The main portion of Groupon’s revenue comes from offering discounts from businesses such as restaurants, beauty salons, gyms and travel agencies. But with the demand for discounts – dubbed Groupons – declining, the company is in a tough spot, struggling to live up to expectations. This is reflected in Groupon’s sales projections for Q1, which also turned out to be lower than analysts’ estimates. The company said it expects to generate between $560 million to $610 million in revenue in the

first quarter, whereas analyst had forecast an average of $647.7 million in sales.
Meanwhile it became clear than Groupon also managed to miss analysts’ projections for fourth quarter sales, albeit just slightly. Q4 sales stood at $638.3 million, short of analysts’ estimates of $640.2 million. Sales for the same period a year earlier stood at $492.2 million.

The company reported a net loss of $81.1 million in the fourth quarter, up from $65.4 million for the same period a year earlier.
The disappointing report had a negative effect on Groupon’s share price which retreated to $4.25 following the announcement of the results. The stock has declined 70 percent since the company’s initial public offering in November 2011.

**Transforming into an e-retailer**
With discount demand slowing down, it’s clear that Groupon needs new revenue streams in order to sustain growth. With this in mind, CEO Andrew Manson is increasing the focus on online retailing, a market that the company entered in 2011 when it launched its Groupon Goods service. However, results have so far failed to meet expectations and this, combined with the disappointing report, puts a lot of heat on Manson. Groupon’s board discussed replacing him in November.

Ascendiant Capital Markets’ analyst Edward Woo opined that the transformation, led by Manson, has been slower than expected. “This is still a big work in process for them to transform from just a daily deal business to a local e-commerce engine,” he said.
!m[CEO Manson’s Fate Hanging By A Thread ](/uploads/story/1534/thumbs/pic1_inline.png)
According to another analyst, Sameet Sinha of B. Riley & Co., the slower-than-expected growth of Groupon Goods is partly because the company hasn’t decided which products are best to sell using the service. “They are testing what goods work and what don’t — they are getting the right mix,” Sinha said
According to a company statement, Groupon Goods is on track to reach about $2 billion in annual billings in
2013. Groupon’s chief financial officer Jason Child said that Q1 will be slower in terms of e-commerce sales, attributing the slowdown to a drop in demand following the holiday shopping season.
**Groupon’s share price as of 28.02.2013, 11.05 GMT, was S5.98.**