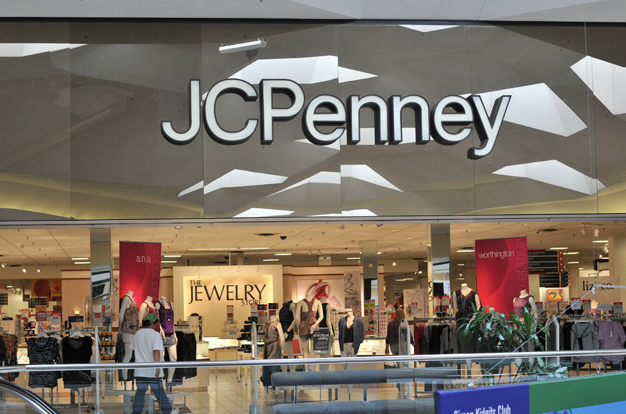 Written by:
Anton Aleksandrov
28th February 2013
Are you looking for fast-news, hot-tips and market analysis? Sign-up for the Invezz newsletter, today.

Like-for-like sales in the fourth quarter fell by 31.7 percent from the same period in the previous year, worse than the 27.8 percent drop Wall Street had been anticipating. The department store’s stock took a 13.75 percent dive in afterhours trading today, following yesterday’s release of the 2012 financial statements. At 11.00 GMT JC Penney stock was changing hands at $18.25.

The company reported a fourth-quarter loss of $552 million (₤364 million), its worst for 2012, and a holding of $930 million (₤613 million) in cash on 2 February, 38 percent less than a year earlier. For the full fiscal year, Penney booked a loss of $985 million (₤649 million), compared to 2011’s $152 million (₤100 million) loss. The results are especially disappointing for CEO Johnson, a former Apple executive, who admitted to making “big mistakes” and who said he would reverse the scrapping of unpredictable discounts, a core measure in his initial plan.

Johnson is looking to establish a new promotional strategy aimed at reconnecting the chain store with long-time Penney shoppers who have migrated to other shopping venues. In the spring, JC Penney is planning to open 20 boutiques, including shops for home product brands such as Jonathan Adler and Michael Graves and clothing like the popular Canadian brand Joe Fresh. “We expect the ability to return to growth to be much, much greater when we complete the transformation of Joe Fresh,” said Johnson.

Showing sales growth will be easier for JC Penney in the quarters ahead since results will be compared with the past year’s dismal figures. But Johnson sidestepped somewhat when asked when he expects to see improvement. “All we need this year is to return to growth, whether it’s 1%, 5%, 10%,” the chief executive asserted in an interview in January. “When we return to growth, we can generate cash. If we start with the right amount of cash, we just continue with transformation.”

**Target**
JC Penney was not the only retailer in trouble in 2012 – Target (NYSE:TGT), a major competitor, ended the year with a two percent drop in fourth-quarter earnings compared to the prior year. Same-store sales rose just 0.4 percent, though the retailer made up for the disappointing holiday season performance with a stronger January. Same-stores sales last month were up 3.1 percent.
Target’s chief executive officer Gregg Steinhafel said in a call with investors Wednesday that he was happy with the results even though “sales fell short of our expectations”.
!m[Disappointing Q4 Results Depress Share Price 14 Perce](/uploads/story/1538/thumbs/pic1_inline.png)
The retailer is hoping for an improvement following the opening of its Canadian chain of stores in April. The launch will be an expansion of the CityTarget concept – smaller stores in urban locations. The five CityTargets already operational are “seeing robust sales and traffic,” CEO Steinhafel said during the call.
Shares in Target Corporation, which includes US Retail, US Credit Card and its Canadian business, fell by 1.45 percent on Wednesday and an additional 0.03 percent in afterhours trading.
**JC Penney’s share price as of 28.02.2013, 12.30 GMT, was $17.75.**
**Target Corporation’s share price as of 28.02.2013, 12.30 GMT, was $63.10**