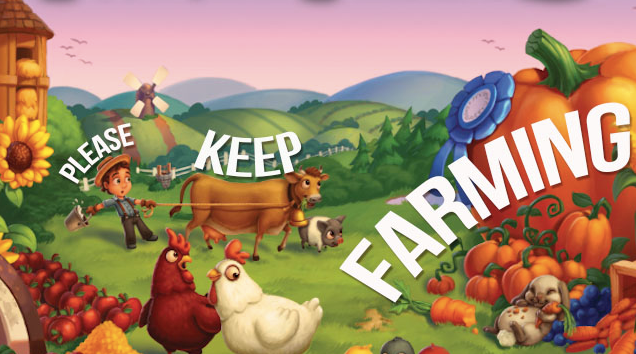 Written by:
Michael Harris
4th March 2013
Are you looking for fast-news, hot-tips and market analysis? Sign-up for the Invezz newsletter, today.

Zynga’s (NASDAQ:ZNGA) efforts to enter real-money gambling may be hampered by US laws favouring existing casinos, Bloomberg reported on March 1st. So far three US states – Nevada, New Jersey and Delaware – have passed laws allowing online gambling games to be played on their territory, but it seems that the conditions benefit casinos which currently dominate the gambling scene. This could prove to be problematic for the social gaming behemoth, which hopes to decrease its reliance on its current business model involving micro transactions and bolster growth by offering real-money games.

**From free to play to real-money games**
The business model currently employed by Zynga is “free to play” – a model first pioneered by casual massively multiplayer online games (MMOs) such as Jagex Games Studio’ RuneScape. It offers players the ability to play games for free but with the option to spend real money on virtual items or other in-game benefits. These in-game purchases are called “microtransactions”. The model has been hugely successful for Zynga, with the company generating the larger share of its revenue from microtransactions (Zynga also sells ads through some of its games). Yet, signs that Zynga had reached the limits of its growth potential with free to play spurred concerns about the company’s future prospects amongst investors. 2012 saw a significant dip in Zynga’s share price and a number of layoffs which thinned the company’s ranks. This forced the social gaming giant to seek new avenues through which to boost its growth. To that end the company announced in October that it would be entering the online gambling scene.

With the most popular free-to-play poker game on the market Zynga seemed well-positioned to make its foray into internet betting. However the laws regulating the fledgling US online gambling market are likely to provide some hurdles to the transition.
**Existing casinos present a challenge in the US**
Following last year’s discussions on legalising online gambling in some US states, New Jersey, Delaware and Nevada have passed laws allowing residents to play on their territory this year. However these laws come with conditions that favour existing bricks and mortar casinos developing online products, especially in New Jersey where the new law signed by Governor Chris Christie on February 26, lets existing operators offer all current games. Their hardware must be located in Atlantic City.

The president of the American Gaming Association Frank Fahrenkopf opined that Christie was trying to protect Atlantic City casinos that have lost business to neighbouring states.
It has been suggested that Zynga may need to form alliances with existing land-based operators in order to see through its transition plans. Fahrenkopf said that “If we are talking about the social-gaming companies, then we are talking about mergers or working agreements”.

Zynga has applied for an operator licence in Nevada, said the company’s CEO Mark Pincus on February 25. “I think that process, we’ve heard, is 12 to 18 months,” he added, commenting on how soon Zynga could be offering its products in the US. Nevada’s law, signed on February 21, allows land-based casinos to offer online poker only and features a “bad actor” clause which excludes operators that were taking online bets from U.S. residents before it was legal.

The US online gambling market is forecast to potentially reach a value of $7.4 billion a year by 2017.
!m[The Company Set To Release FarmVille-themed Slot Games In The UK](/uploads/story/1558/thumbs/pic1_inline.png)
**Partnering with Bwin.Party in the UK**
The UK online gambling market is another market that Zynga is actively seeking to enter. To do so, the company has partnered with Bwin.Party Digital Entertainment (NASDAQ:BWINB), the world’s largest publically traded online gambling firm, the result of the 2011 merger between Bwin Interactive Entertainment Ag and PartyGaming. With the help of Bwin.Party, Zynga is aiming to release a number of online gambling games, including FarmVille-themed slots. The company is planning to launch its online betting offerings in the UK in the first half of the year, Pincus said.
**Zynga’s share price as of 04.03.2013, 12.57 GMT, was $3.43.**