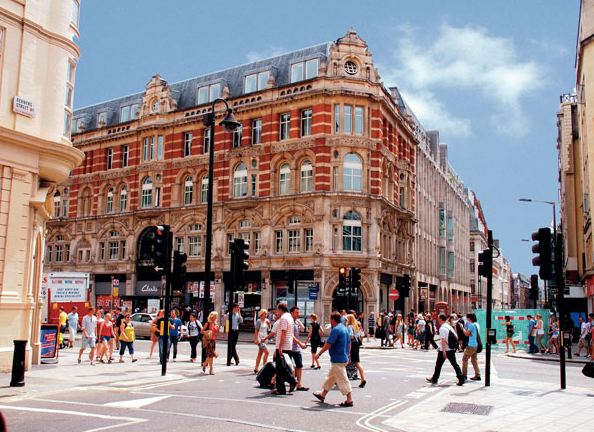 Hong Kong’s Peterson Group has made their debut in the London real estate market, The Times reported on Monday, April 1. The investment in the ‘Ampersand’ project developed by London-based Resolution Property also marks Peterson Group’s first property investment in Europe. Meanwhile, big players in Hong Kong’s property market have been cashing out of their investment with the government stepping in to tame the city’s surging real estate prices.

**Peterson Group Makes London Property Investment**
As The Times reported, the Peterson Group has agreed to provide £121 million to “forward fund” the development of the ‘Ampersand’ project in London’s Soho district.
The Peterson Group was founded in 1959 by Peter Pui Kam Yeung to sell Chinese embroidery to Europe. Since then, the group has expanded into a global hotel and real estate group. It is run by the second generation of the Yeung family, with the Yeungs being one of Hong Kong’s richest families, according to Forbes.

While Peterson Group has investments in Hong Kong, China as well as Canada, London’s Ampersand project will be its first property investment in Europe.
**The Project**
Besides developing the ‘Ampersand’ project Resolution Property will also manage the mixed-use scheme after completion. The building will be located on the corner of Wardour Street and Oxford Street and will comprise both office and retail space. Following completion, the Peterson Group would own Ampersand’s commercial part, whereas Resolution Property would retain and sell the penthouses.

Robert Wolstenholme, a partner at Resolution Property, told The Times that the office space had been designed specifically to meet the needs of London’s “creative” businesses.
**Big Players Cashing out of Hong Kong Property**
The Yeungs’ turning to London property investment highlights the recently observed trend of wealthy Hong Kong families reducing their exposure to the city’s real estate market. At the end of March, the Wall Street Journal (WSJ) reported that several of Hong Kong’s wealthiest families were planning initial public offerings of offices, hotels and other property assets, while others were lowering prices on luxury apartments to attract buyers.

!m[The Deal Marks the First Property Investment in Europe for the Hong Kong Family ](/uploads/story/1773/thumbs/pic1_inline.png)
As the WSJ reported, the Hong Kong government has been trying to slow a rise in the city’s property prices by imposing a set of curbs including doubling the stamp duty on most transactions to 8.5 percent. The latest government measures have started to yield the desired results with the WSJ quoting the city’s chief executive Leung Chun-ying as saying that the Hong Kong’s property market had “started to cool down and show signs of stabilisation”.
You can find an in-depth analysis on property investment here.

Tsveta van Son is part of Invezz’s journalist team. She has a BA degree in European Studies and a MA degree in Nordic Studies from Sofia University and has also attended the University of Iceland. While she covers a variety of investment news, she is particularly interested in developments in the field of renewable energy.
Related news
Blackstone wants to own facilities where TV and films are produced
29th June, 19:52
Rightmove warns of another £17 million to £20 million hit to its revenue due to COVID-19
23rd June, 11:29
Intu Properties names KPMG as administrator if it fails to strike a debt standstill deal with creditors
23rd June, 10:17
Capco invests £436 million to purchase Hong Kong tycoon’s 20.9% stake in Shaftesbury
1st June, 09:31
Intu Properties seeks standstill agreements with creditors to avoid default
18th May, 10:48
Invezz uses cookies to provide you with a great user experience. By using Invezz, you accept our privacy policy.