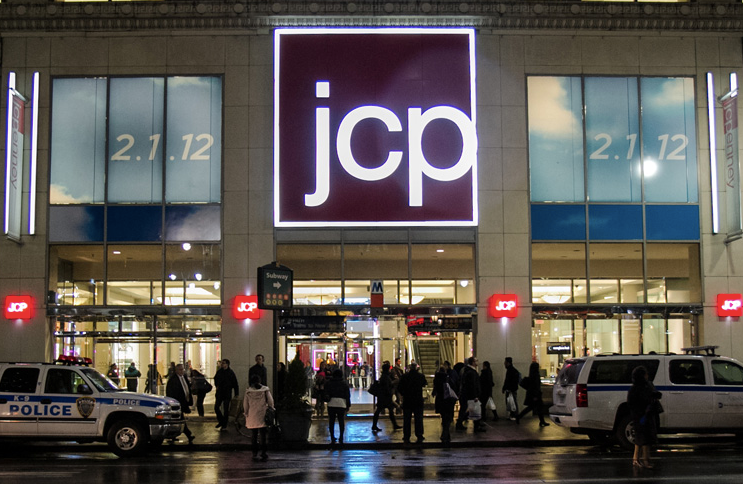 J.C. Penney’s (NYSE:JCP) share price surged in New York on Monday by more than three percent on news of Ron Johnson’s dismissal as CEO but shed gains and plunged below Friday’s closing level in afterhours trading on news that Johnson’s predecessor Mike Ullman will be taking the helm once again. The US department store chain share price declined by more than 50 percent in a year as Johnson, former head of retail at Apple, struggled to deliver a turnaround at the company.

**Johnson’s Failure as Head of J.C. Penney**
Johnson’s appointment as chief executive of J.C. Penney in November 2011 was met with cheers by analysts and investors as the Silicon Valley wunderkind was the one who helped Steve Jobs prove doubters wrong by turning Apple’s stores into a success with unrivalled sales per square foot. Johnson was expected to do the same wonders at J.C. Penney and the department store chain’s shares surged by 17 percent on the day his hiring was announced.

William Ackman, owner of hedge fund Pershing Square Capital Management and J.C. Penney’s largest shareholder, was instrumental in establishing Johnson as CEO in place of Ullman. Before Johnson announced his turnaround strategy in January 2012, Ackman vowed it would be the most important day for the retailing industry in 25 years. Most investors seemed to trust the activist investor’s words as the shares used to surge whenever Johnson was about to make an announcement.

But soon after Johnson started last February to put his turnaround plan in motion – which included simplified pricing, redesigned stores and new marketing – the business began to lose customers and quickly lost investors’ faith. J.C. Penney’s sales fell by a quarter to $13 billion (₤8.5 billion) in the year to February 2 and Johnson was widely criticised for not testing his ideas before rolling them out across the chain’s 1,100 stores. Even Ackman, who personally handpicked Johnson as CEO, hit out at him last Friday, saying the fall in sales was “very close to a disaster”.

**Will Ullman Be “More of The Same”?**
J.C. Penney’s board said in a statement on Monday, April 8, that it picked Ullman because he was well-positioned to move quickly and improve sales. Yet, when asked by the Financial Times what his game plan was for the retailer, Ullman replied: “Tomorrow morning the journey begins.” He did not elaborate but added that his objectives were “profitable growth”, winning back lost customers and attracting new ones.

!m[Analysts and Investors Unimpressed by Board’s Decision to Reappoint Former CEO Ullman](/uploads/story/1836/thumbs/pic1_inline.png)
“I think everybody was hoping for somebody with fresh ideas that they could hang some hope on. But to bring back the old regime, you are getting more of the same,” said Stacey Widlitz of SW Retail Advisors, as quoted by the FT. However, she suggested that Ullman could be just a temporary replacement as it would have been difficult for J.C. Penney’s board to recruit a capable chief executive at such a short notice. “Who with a proven track record, leading a company where things are going well, is going to risk that and come in and clear up someone else’s mess?”, Widlitz asked.
Howard Schultz, CEO of Starbucks, was quoted by The Wall Street Journal as saying that he believes Ullman, a long-time director at the coffee chain, is facing a daunting assignment because J.C. Penney is in crisis. “The biggest challenge is the significant headwinds of the marketplace and some of the damage that has been done to the J.C. Penney brand,” Schultz commented.
**JC Penney’s share price was $15.87 as of 09.04.2013, 09.30 GMT.**

Anton is a freshly graduated economist from the States with passion for the world of finance. He is one of the more recent additions to the iNVEZZ journalist team and has a particular interest in gold and everything else that shines. When not submerged in the most recent economic news, Anton likes to lurk in tech forums and get into arguments over what’s hip and what’s square.
Related news
Levi’s sales tank 62% as COVID-19 shuts stores in the second quarter
8th July, 11:10
Nokia stock price plunges 8% on a potential loss of Verizon business, stock downgrade
8th July, 10:58
Deutsche Post reports £800 million in Q2 operating profit as COVID-19 fuels parcel shipments
8th July, 10:29
FirstGroup swings to annual operating loss as COVID-19 weighs on passenger volumes
8th July, 09:20
Wirecard’s fate reveals a greater financial system flaw
8th July, 08:44
Related market data
Invezz uses cookies to provide you with a great user experience. By using Invezz, you accept our privacy policy.