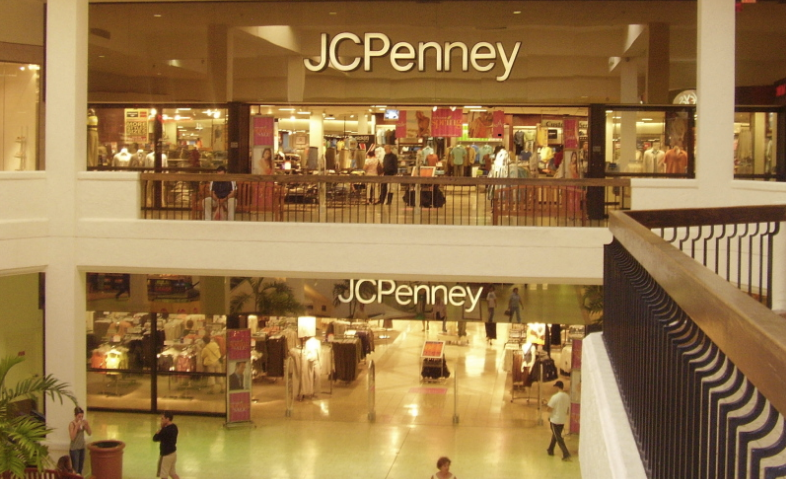 In a further sign of increasingly dire straits, the American retailer formerly known as iconic – JC Penney (NYSE:JCP) – has reportedly commissioned Blackstone to come up with ideas on how to stop the rot. The Financial Times today quotes an unidentified source ‘familiar with the matter’ as saying that Blackstone bankers have been consulted following the return of former CEO Mike Ullman, discarded late in 2011 after seven years at the helm in favour of up-and-comer Ron Johnson, who had done great things in retail at Apple and Target.

JC Penney performed down to expectations in 2012, with the roughly $13 billion in revenues only 75 percent of 2011. Its stock price has been similarly afflicted – yesterday’s close of $14.86, and $14.79 after hours, is a world away from the $42.68 reached in February last year, when the Johnson-conceived bold new ‘no sales’ strategy was being rolled out across the chain’s 1,100 stores.

That strategy – supposed to free JC Penney from profit-eating discounting and rebrand the retailer whose every-day prices were honest and reasonable and didn’t need to be discounted – proved to be a comprehensive marketing flop. As also the related bells and whistles, notably the ‘shops within a shop’ concept – a la Apple Retail outlets – which were supposed to lure brand-centric shoppers but which seemingly turned them off in droves.

In the result, ‘no sales’ was formally killed off in January this year, with CEO Johnson telling The Associated Press that the reintroduction of sales was not a ‘deviation’ from his strategy but rather an ‘evolution.’ “We made changes and we learned an incredible amount”, Johnson asserted at the time. “That is what’s informing our tactics as we go forward.”

But he himself went forward only a couple more months, with his board – and especially key shareholder Bill Ackman, head of hedge fund Pershing Square Capital, who had championed Johnson in the first place – finally losing faith in both the man and the idea that Apple was an appropriate benchmark for a big-box retailer.
!m[Inspired Move Or Act Of Desperation – Time Will Tell For Troubled Retail Icon](/uploads/story/1873/thumbs/pic1_inline.png)

Whether Ullman’s comeback can make a difference remains to be seen. He’d been axed because JC Penney was stagnating under his leadership and, according to an FT story earlier this week, hadn’t set foot inside a JC Penney store since his departure nearly 18 months ago. The engagement of Blackstone bankers may prove to be inspired – or a futile act of desperation. Certainly, there is no shortage of observers who believe that the days of the iconic retailer – which started life in middle America in 1902, when James Cash Penney first bought into the general store business he worked for – are well and truly numbered. As a case in point, Forbes blogger and marketing guru Jonathan Salem Baskin wrote back in January, albeit with Johnson still in charge, that although he’d long been a Penney stalwart through thick and thin, “I now believe the company is doomed.” He continued, “We should stop holding our collective breath waiting for success, and start looking for lessons to learn from its failure.”
But according to the New York Times coverage yesterday of the Blackstone engagement, ‘Penney formally retained Blackstone as an adviser after receiving unsolicited offers from several private equity firms to invest in the company’. The paper further reported that ‘a number of lenders [had] also offered to provide debt financing’. Certainly Blackstone have the right connections and, with no major debt repayment due until 2015, perhaps there’s time for Mark Ullman to match a JC Penney comeback with his own.
**The JC Penney share price in after hours trading on NYSE, 11 April 2013, was $14.79**

Frank is a native New Zealander with a wealth of experience. A lawyer by background Frank was commercial law partner in an established New Zealand law-firm for 10 years. He has practised commercial law and legal/business consultancy services in both his homeland and in Europe where he is currently based. Now an integral part of iNVEZZ's journalist team Frank has a particular interest in agricultural law and business as well as real estate and mergers-aquisitions, stemming from his legal consultancy background.
Related news
BASF swings to £785.65 million of net loss in the second quarter
11th July, 12:03
UK shares recover on Friday after three consecutive days of losses
10th July, 18:58
Honda Motor to get a 1% stake in China’s EV battery manufacturer CATL
10th July, 15:39
United Airlines strikes a tentative deal with its pilots’ union on voluntary furloughs & early retirement
10th July, 14:22
Danish brewer Carlsberg says its H1 operating profit will be stronger than expected
10th July, 13:36
Related market data
Invezz uses cookies to provide you with a great user experience. By using Invezz, you accept our privacy policy.