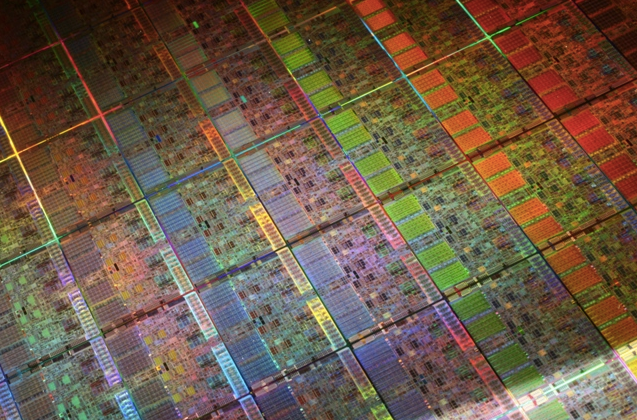 The world’s largest semiconductor manufacturer, Intel Corp., (NASDAQ:INTC) has unveiled a major overhaul of the Atom mobile chips aimed to strengthen its position in the market for tablets and smartphones. Processor shipments to the mobile devices market are currently dominated by Qualcomm

Inc. (NASDAQ:QCOM) but Intel hopes to narrow the lead of its U.S. peer with a new micro-architecture designed to improve the performance of the Atom chips and lower their power consumption.
**Silvermont**
The past few years have put Intel Corp. under pressure. The U.S. hi-tech powerhouse’s main business is focused on the PC market, which currently is in decline with consumers increasingly abandoning traditional PCs in favour of slick mobile devices such as tablets and smartphones. And it is the mobile market where Intel Corp. has so far struggled to keep up with the competition led by Qualcomm Inc.

Intel hopes to get a new weapon with a new micro-architecture codenamed Silvermont that will be included in the company’s upcoming processors for mobile gadgets, microservers and car entertainment
systems.
“We have not only reduced the power in a significant manner but it comes with significant performance,” Intel’s Chief Product Officer Dadi Perlmutter told reporters at an event on Monday, May 6. Silvermont would offer up to three times better computing performance than current chips and power consumption as low as one-fifth of current levels.

The new micro-architecture would be used in a number of products from Intel, including the upcoming 22-nanometer Bay Trail tablet chips, the Merrifield chips for smartphones, and the Avoton chips for microservers.
**Outstanding problems**
!m[US Tech Giant Aims To Offer More Powerful and Power-Efficient Mobile Chips](/uploads/story/2122/thumbs/pic1_inline.png)

While Silvermont is likely to resolve one of the biggest issues with Intel’s mobile chips – the high power consumption – there are other problems that the company needs to address if it wants to seriously challenge the competition. For example, the company has fallen behind in launching chips with Long Term
Evolution, a high-speed wireless technique offered by Qualcomm and increasingly used in smartphones launched in the US, including Apple Inc.’s iPhones and Samsung Electronics’ Galaxy line.
The majority of Intel’s rivals including Qualcomm design their processors using power efficient technology licensed from British company ARM Holdings Plc (LON:ARM).
**The Intel share price was $24.17 as of 15.05 GMT, 07.05.2013**
**The Qualcomm share price was $64.00 as of 15.05 GMT, 07.05.2013**