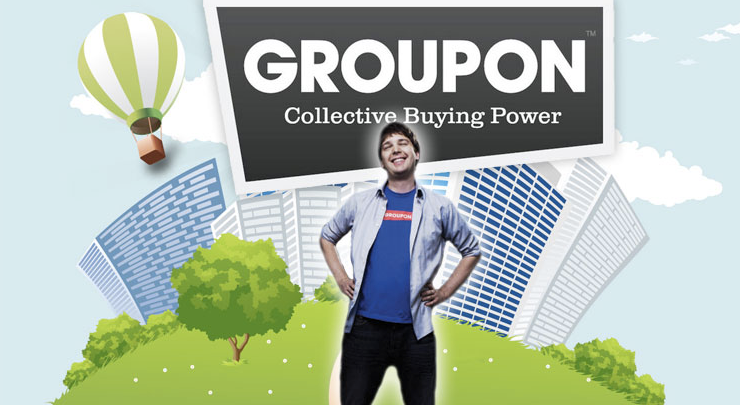 Groupon Inc. (NASDAQ:GRPN), the US Web company that sells discounted gift certificates, announced on Wednesday, May 8 its financial results for the first quarter. Growing sales and operating profit that beat analysts’ expectations are among the highlights of the report, which is showing a significant improvement in the company’s performance in the first three months of the year. Investors have responded positively to the upbeat results and the Groupon share price soared almost 10 percent in Wednesday’s after hours trading in New York. The stock continued its upward movement on Thursday, extending its gain to more than 12 percent to $6.48.

**Solid performance**
Chicago-based Groupon reported on Wednesday a better-than-expected first-quarter revenue of $601.4 million, up from $559.3 million in the corresponding period a year earlier. Analysts’ on average had predicted $590 million in sales, according to Thomson Reuters.
Consolidated segment operating income, or CSOI, also came in better than expected at $51.2 million. Mark Mahaney, an analyst at RBC Capital Markets, has expected CSOI of $26 million.

Robust sales were mainly the result of a strong performance in North America, where Groupon’s revenue soared by 42 percent in the quarter. The rise compensated for an 18 percent decline in the company’s international revenue.
!m[Online Discount Voucher Retailer Targets Mobile Users ](/uploads/story/2180/thumbs/pic1_inline.png)
Groupon has been building an online deal marketplace called Pull, which enables buyers to search for and buy deals in their area. The platform marks a major change from Groupon’s original business, which sent a daily email to subscribers offering one or two deals. It’s also targeted at the increasing number of mobile users, who can easily use their smartphones and tablets to search for deals in the area they happen to be in.

Eric Lefkofsky, co-founder and interim Co-CEO of the company, said that around 45 percent of the transactions in North America had come from mobile devices, up from about 20 percent two years ago.
At the end of March, Groupon was offering almost 40,000 active deals from merchants in North America, up from about 1,000 when the company went public in late 2011.
**The Groupon share price was $6.19 as of 16.23 GMT, 09.05.2013**