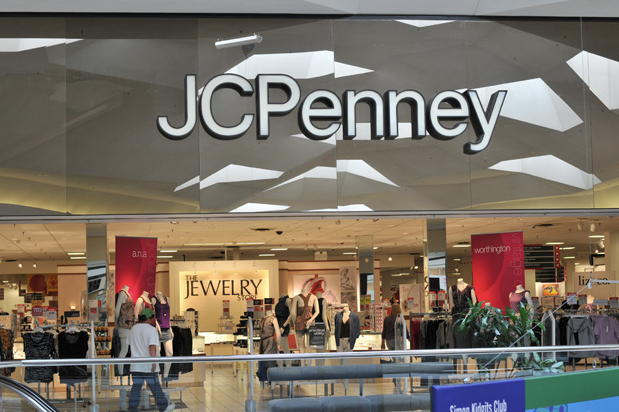 J.C. Penney Co. (NYSE:JCP) has reported yet another quarterly loss but new Chief Executive Officer Myron Ullman is confident the struggling US retailer is on track to recovery after the failed makeover attempt of his predecessor Ron Johnson.

The J.C. Penney share price fell 2.3 percent to $18.35 in after-hours trading in New York on Thursday, May 16, having closed 0.95 percent down at $18.79. The stock extended its fall in pre-market trade on
Friday, sliding to $18.22 as of 11.13 GMT.
On Thursday, the department-store chain reported a net loss of $348 million, or $1.58 a share in the three months ended May 4, from $163 million, or 75 cents in the corresponding period a year earlier. Excluding restructuring and management transition costs, the loss was $1.31 a share. Gross margins narrowed to 30.8 percent in the quarter from 37.6 percent a year earlier, hurt by lower-than-expected sales and a higher level of clearance sales. Sales declined 16.4 percent to $2.67 billion, in line with the company’s own forecast but trailing analysts’ average estimate of $2.73 billion.

“The loss was a little worse than I expected, but this story isn’t about this quarter, it’s about looking out,” Bloomberg quoted Rick Snyder, analyst for Maxim Group LLC in New York as saying on Thursday. According to Snyder, Ullman has been taking the right steps, trying to win customers back by discounting and couponing.
**Recovery efforts**

Ullman, who had been J.C. Penney’s chief executive, started his second spell at the helm of the retailer last month, taking back the position from Ron Johnson, the former Apple Stores leader appointed as CEO in November 2011. Some of Johnson’s initiatives had failed to prove successful, in particular the decision to drop some of J.C. Penney’s private-label brands in favour of more fashionable ones and the move away from coupons.

Since his return, Ullman has increased promotions to revive sales and has brought back brands such as St. John’s Bay. The company has also secured a new $1.75 billion loan.
!m[New CEO Ullman Says Recovery Will Take Time](/uploads/story/2341/thumbs/pic1_inline.png)
Ullman has to win back customers, who were alienated by the company moves under Johnson. The retailer said in commercials released earlier this month that it had learned from its mistakes and thanked customers for giving it another chance. Still, Ullman realises that recovery won’t be an easy task.
“This won’t happen overnight,” he said on a conference call with analysts on Thursday. “Rest assured, we recognize the magnitude of the challenges that we face.”
**The J.C. Penney share price (pre-market) was $18.64 as of 12.30 GMT, 17.05.2013**