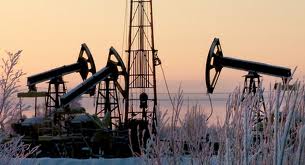 Oil producer RusPetro Plc (LON:RPO) led gains in the FTSE All-Share Index on Wednesday, May 29, after the Siberia-focussed company said it had been granted a loan extension by Russia-based commercial bank Sberbank Rosii OAO (MCX:SBER, MCX:SBERP). RusPetro’s share price jumped 14 percent in morning trading in London, the stock’s biggest gain in a month.

**RusPetro’s Share Price Soars in London**
RusPetro’s share price rose to as high as 45 pence and was up 14 percent at 44.25 pence as at 10:43 BST in London. More than two million shares were traded, about 60 percent above the three-month daily average for RusPetro.
Shares in RusPetro rose after the Moscow-based oil and gas explorer announced in a statement that the state-backed Sberbank had restructured its loan to the company. RusPetro said that the bank had agreed to a three-year extension and a two-year interest payment holiday on their $297.4 million (£196.8 million) loan, now due in April 2018.

RusPetro said that its interest payments would be waived in 2013, and also in 2014 provided that the company met certain covenants. The two-period waiver represents a $50 million reduction in cash flows whereas the effective interest rate of the loan is eight percent, payable semi-annually from 2015.
RusPetro noted that the cost of the restructuring arrangement was $1 million.

“This new arrangement with Sberbank enables the Company to fully focus on monetising our gas reserves and developing our oil business,” RusPetro’s CFO Tim Reed said in the statement. “Sberbank’s support has been invaluable to Ruspetro throughout our history, and this transaction again underlines their commitment to and confidence in the Company and its management team.”

**Drop in Revenues**
RusPetro, which has production licences in Western Siberia, has reported net debt of $352.53 million with $26.01 million of cash for the first quarter of 2013.
!m[Explorer Leads Gains in FTSE All-Share Index](/uploads/story/2583/thumbs/pic_1_inline.jpg)
Revenue has dropped to $23.66 million, down from $24.66 million in the previous quarter, whereas the company’s earnings before interest, taxes, depreciation and amortisation (EBITDA) have fallen by $480,000 to $1.92 million for the period under review. Capital expenditure has declined to about $15 million, down from about $35 million during the last quarter of 2012.
RusPetro has attributed the decline in revenue to a decrease in condensate production during the period with overall production volumes remaining constant.
**RusPetro’s share price was 10.71 percent up at 42.90p in London as of 13:23 BST on 29 May 2013.**