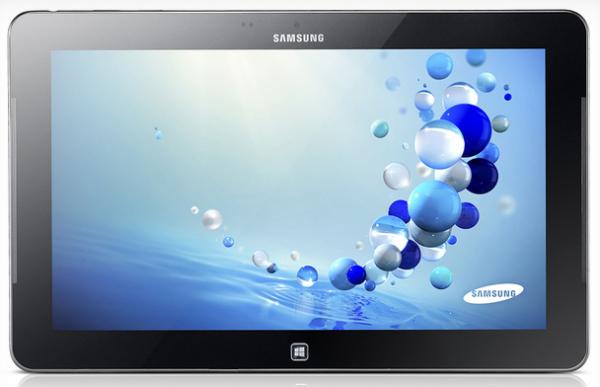 An Intel Corp.’s (NASDAQ:INTC) processor had been chosen to power a new Android-based tablet from Samsung Electronics Co. (KRX:005930), Reuters reported on Thursday, May 30, citing an unnamed inside source.

Such a deal will be a huge victory for the world’s largest semiconductor manufacturer, which has been struggling for success in the market for chips for mobile devices.
**Galaxy Tab**
Intel, the undisputed leader in PC processors, has underestimated the importance of the mobile market. This has allowed companies such as ARM Holdings Plc (LON:ARM) and Qualcomm Inc. (NASDAQ:QCOM) to dominate the mobile chips market, which can grow to $25 billion by 2016 versus $9 billion in 2011, according to research firm Strategy Analytics. But Samsung’s decision to choose chips manufactured by the US-based chipmaker for one (or more) of its upcoming mainstream tablets, if confirmed, may be the first step towards changing the status quo.

Up until now Samsung has used Intel processors for its line of Microsoft Windows “ATIV” tablets but the information revealed by the Reuters source suggests that the South Korean company would also employ an Intel chip for its flagship range of tablets running on Google Inc’s Android operating system. According to that source, Samsung had chosen Intel’s Clover Trail+ mobile chip for at least one version of its Galaxy Tab 3 10.1. The Galaxy Tab range is a direct competitor to Apple Inc’s iPad and represents a much bigger market than the “ATIV” series.

The South Korean tech giant would unveil new ATIV tablets using Intel chips at its product launch event in London on June 20, the same source has said. It is not clear yet whether a new Galaxy Tab device will also debut at the event.
Samsung and Intel had declined to comment on the information provided by the source, Reuters said.
**Sharpening focus on mobile**

!m[The Intel share price (pre-market) was $24.26 as of 14.24 GMT, 31.05.2013](/uploads/story/2666/thumbs/pic_1_inline.jpg)
Amid the recent decline in the global PC market and given the growing importance of mobile, Intel has taken steps to increase its share in the market for smartphones and tablets. The company plans to introduce a new model of its “Atom” range of mobile processors, which will use new architecture called “Silvermont”. The new architecture aims to resolve one of Intel’s biggest problems – the high power consumption of its mobile chips – while offering computing performance that matches or surpasses that of processors using ARM technology.
**The Intel share price (pre-market) was $24.26 as of 14.24 GMT, 31.05.2013**
**The Samsung share price (close) was KRW1,538,000.00 as of 14.24 GMT, 31.05.2013**