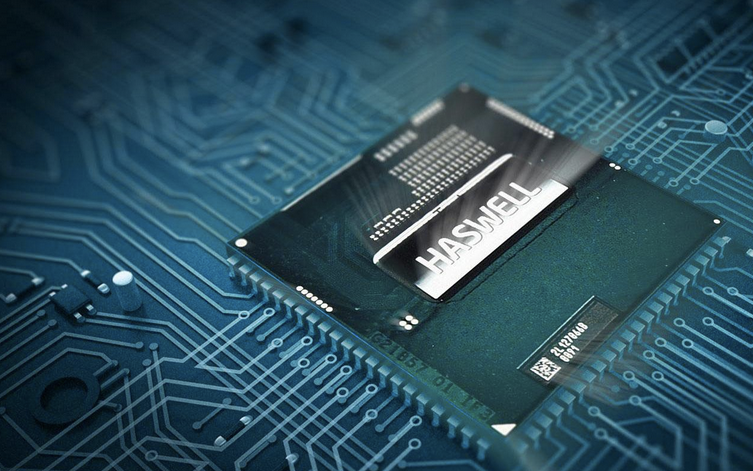 Intel Corp. (NASDAQ:INTC), the world’s biggest semiconductor manufacturer, is deploying a new weapon in a bid to help restore demand in the PC market – a processor design called Haswell that has a 50 percent longer battery life, Bloomberg reported on Tuesday, June 4. The higher energy efficiency of the new chip will enable producers to manufacture thinner, lighter notebooks and machines that convert to tablets. The Haswell chip will make a debut at the biggest annual computer event Computex, with PC makers such as Hewlett-Packard Co. (NYSE:HPQ) expected to show devices using the processor.

The Intel stock price rose $0.55 percent to $25.38 in New York’s pre-market trading on Tuesday.
**“All in on Haswell”**
Intel and PC makers have been adversely affected by the ongoing migration of users from traditional desktop and laptop PCs to tablets and smartphones. In this unfavourable market environment, the chipmaker has taken steps to diversify its production by rolling out new processor models for mobile devices in an attempt to increase its share of the market currently dominated by companies like Qualcomm Inc (NASDAQ:QCOM), Samsung Electronics Co (KRX:005930) and Nvidia Corp. (NASDAQ:NVDA).

The Haswell chip is Intel’s latest attempt to produce less power-hungry processors. Unlike its previous attempts, which were for the most part developed with tablets in mind, the Haswell is aimed at laptops. The chip design delivers 50 percent more battery life than Intel’s previous model, enabling the making of smaller notebooks. The chip is expected to bolster laptop sales, which will be essential for the PC market which is feeling growing pressure from tablets. PCs are expected to be overtaken by tablets in terms of global shipments by 2015 as consumers flock to smaller, more affordable machines, according to researcher IDC.

!m[The Intel stock price was $25.38 as of 14.42 GMT, 04.06.2013](/uploads/story/2748/thumbs/pic1_inline.png)
“For the first time there will be lower price points and new form factors that will help PCs,” said Tristan Gerra, an analyst at Robert W Baird & Co. in San Francisco, as quoted by Bloomberg. “In notebooks, Haswell is the first laptop chip that’s going to provide enough battery life.”

PC makers are also looking to the market of convertible PCs (machines that can convert from laptops to tablets and vice versa) as a possible counter to the widespread tablet fever and the Haswell chip could prove to be the missing piece of the puzzle in that sector.
“We are all in on Haswell,” said Ron Coughlin, senior vice president for consumer PCs and solutions at Hewlett-Packard. “We know the convertible area can pick up some of the tablet demand.”

As mentioned, Intel is keen on strengthening its position on the mobile market with new chip models consuming lower amounts of electricity and this week saw a major victory for the company.
Samsung, the second-biggest tablet manufacturer in the world, announced on Monday that it would use an Intel chip for an upcoming model of its flagship Galaxy Tab series. In addition, more than 20 tablets scheduled to hit the market this year will use Intel chips, Intel spokesman Bill Calder has said.
**The Intel stock price was $25.38 as of 14.42 GMT, 04.06.2013**