Zynga Trimming Costs and Looking for New Sources of Growth 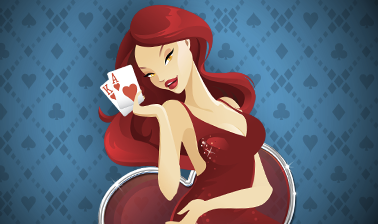 Zynga Inc. (NASDAQ:ZNGA), the world’s largest developer of online social games, will cut staff by 18 percent, or 520 people, and close some of its offices, aiming to save about $70 to $80 million a year in pre-tax expenses. The company, which has been struggling to release hit titles outside its “FarmVille” franchise, has embarked on a restructuring programme, preparing to make a push into mobile gaming.

The Zynga stock price plunged 12 percent to $2.99 at the close in New York yesterday, June 3.
**Restructuring**
The job cuts, which would be completed in August, would result in restructuring charges of $24 to $26 million in the second quarter and $2 to $5 million in the third quarter, the San Francisco-based company said in a statement yesterday.
In addition to axing jobs, Zynga is closing its offices in New York, Los Angeles and Dallas, according to an unnamed inside source quoted by Bloomberg.

Similar cost-saving moves were made last year, including slashing five percent of workforce, closing offices in Boston and Austin, Texas, and cancelling more than a dozen games.
But while restructuring will reduce costs, it won’t resolve Zynga’s problem of finding new sources of revenue, according to Wedbush Securities Inc’s analyst Michael Pachter.

“You can’t save your way to prosperity,” Pachter has said, as quoted by Bloomberg. “They have to keep innovating.”
**Changing focus**
Zynga has already moved to explore opportunities beyond titles on Facebook, its core business. In its early days the company largely benefitted from the social networking boom, and particularly from its partnership with Facebook (NASDAQ:FB), the world’s largest social network. By developing games played on Facebook, Zynga has emerged as the dominant force on the social gaming scene, with hundreds of millions of users playing its titles on a monthly basis. However, in the past couple of years the company has seen a decrease in the number of users of its games. In the first quarter of the year the number of Zynga’s monthly users declined 13 percent to 253 million. At the same time, competition in games played on Facebook has intensified with games from rivals such as King.com increasing their market share and putting additional pressure on Zynga.

!m[Zynga Inc. (NASDAQ:ZNGA)](/uploads/story/2731/thumbs/pic1_inline.png)
With game players shifting from titles on Facebook to apps played on mobile devices, Chief Executive Officer Mark Pincus is trying to streamline the company to make it better positioned to compete in mobile gaming.
“By reducing our cost structure today we will offer our teams the runway they need to take risks and develop these breakthrough new social experiences,” Pincus said yesterday in an e-mail to employees.
**The Zynga share price (after hours) was $3.00 as of 9.59 GMT, 04.06.2013**