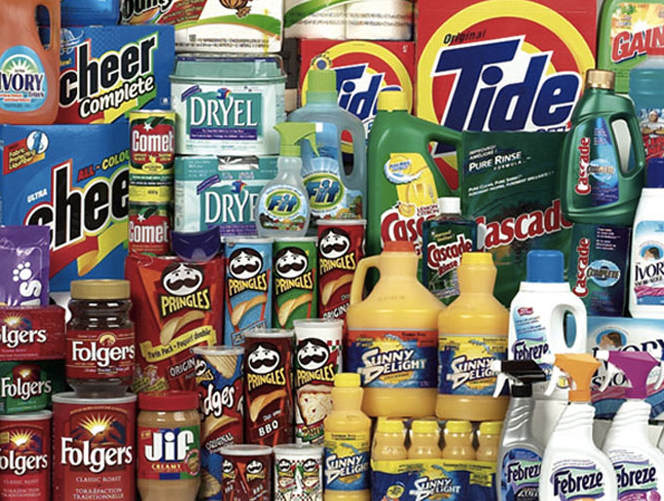 Lafley appointed on Wednesday four senior executives to run the newly formed business units and report directly to him – a move which analysts consider as a contest meant to identify Lafley’s successor. “The individuals who are reporting directly to Lafley are obviously potential candidates to be named to the top spot,” Morningstar analyst Erin Lash said, as quoted by Reuters.

One of the divisions is global baby, feminine and family care, which will include brands like Pampers and Tampex. Martin Riant, 54, will be running the unit. Deborah Henretta will head global beauty, which will be responsible for brands like Cover Girl and Olay.
Gilette, Oral B, Braun and Scope brands will fall into the global health and grooming unit to be headed by David Taylor, 55. Taylor will also oversee P&G’s pet-care business, which includes Iams pet food. Finally, global fabric and home care, which includes brands like Tide detergent and Swiffer sweepers, will be led by Giovanni Ciserani, 51.

The changes collectively “will strengthen our focus on go-to-market excellence in our core developed and developing markets,” Lafley said in a statement on Wednesday, and added that they will “help us operate better and faster as one unified team to win.” The changes are expected to kick in on July 1, the first day of the company’s fiscal 2014.

The Wall Street Journal quoted Neuberger Berman analyst Jason Tauber as saying that the reorganisation should provide better insight into how Procter & Gamble’s divisions perform. They would also allow investors to get to know the potential candidates for the chief executive spot.
“These new assignments mean A.G. is likely to stick around for at least a couple of years in order to insure that the person who gets the CEO job produces results and earns the support of the other successor candidates,” said John Wood, a vice chairman of Heidrick & Struggles International, a major company providing senior-level executive search services.

Procter & Gamble will report its financial results for the four new business units as segments starting with the new fiscal year. The only unit to gain market share over the past nine months, according to the company’s quarterly reports, has been the global grooming business.
!m[P&G’s Share Price Edges Up in Afterhours Trading ](/uploads/story/2804/thumbs/pic1_inline.png)
Also on Wednesday, Procter & Gamble said that Dimitri Panayotopoulos, current vice chairman for Global Business Units, will take the role of vice chairman and adviser to Lafley. Jorge Mesquita, a senior executive who has most recently led the business-creation and innovation efforts, will leave the company. His spot will be filled by Charles Pierce, who also heads P&G’s oral care business.
**P&G’s share price was $76.82 as of 06.06.2013, 08.04 BST.**

Anton is a freshly graduated economist from the States with passion for the world of finance. He is one of the more recent additions to the iNVEZZ journalist team and has a particular interest in gold and everything else that shines. When not submerged in the most recent economic news, Anton likes to lurk in tech forums and get into arguments over what’s hip and what’s square.
Related news
AirAsia swings to a £150.71 million loss in the first quarter as COVID-19 halts air travel
6th July, 15:29
Berkshire Hathaway to buy Dominion Energy’s natural gas assets for £3.2 billion
6th July, 14:31
Uber stock price explodes 9% on a $2.65 billion deal to buy Postmates
6th July, 13:30
Beckton Dickinson receives EUA for its COVID-19 antigen test from the U.S. FDA
6th July, 13:26
CEO Antonio Horta-Osorio of Lloyds Bank to exit the role next year
6th July, 12:15
Related market data
Invezz uses cookies to provide you with a great user experience. By using Invezz, you accept our privacy policy.