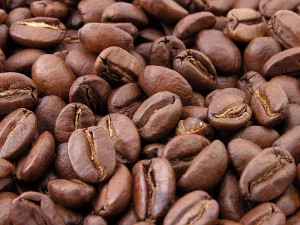 Soft commodities prices were mixed in early trading hours in the U.S. today, June 12 as traders looked ahead to a key report by the U.S. Department of Agriculture (USDA) scheduled for release later in the day.

The World Agricultural Supply and Demand Estimates (WASDE) report is expected to affect soft commodities prices as early as today.
On the Chicago Board of Trade (CBOT), the soybean price for July delivery traded at $15.4675 a bushel, up 0.35 percent on the day. The front-month contract held in a range between a daily low of $15.3863 a bushel and a session high of $15.4688 a bushel. CBOT soybeans for delivery in November were up 0.15 percent to 13.2900 a bushel. The oilseed has been well-supported in recent sessions by concerns over U.S. planting prospects.

The corn price for July delivery traded at $6.6025 a bushel, up 0.1 percent. The future was squeezed in a tight range between a daily low of $6.5713 a bushel and a session high of $6.6050 a bushel. The December contract, however, was slightly down. It fell 0.18 percent to $5.4975 a bushel.
**Wheat Declines on Increased Australian Output Forecast**
Elsewhere on the CBOT, the wheat price for July delivery traded at $6.9175 a bushel, down 0.72 percent on the day as Australia, the world’s fourth-biggest exporter of the grain, raised its production estimate after rains increased soil moisture.

According to the Australian Bureau of Agricultural and Resource Economics and Sciences, wheat output is set to reach 25.4 million metric tonnes in 2013-2014 from 24.9 million tonnes estimated in March and 22.1 million tonnes produced a year earlier.
Wheat futures have been under pressure in recent sessions. They fell to a three-week low of $6.8062 a bushel on Monday after the USDA said that approximately 82 percent of the U.S. winter wheat crop had been planted as of last week, up from 73 percent in the preceding week.

**Robusta Coffee and Rubber at Multi-Month Lows**
Among other decliners on the soft commodities market, Robusta coffee traded at a 17-month low in London, with speculators boosting bearish bets just as rainfall is set to ease in Indonesia’s main growing area. According to NYSE Liffe data, money managers more than tripled bets on falling Robusta coffee price in the week ended June 4.

Meanwhile, the rubber price fell to its lowest level in nine months today after the Japanese currency rallied the most in three years against the dollar, sapping investor appetite for yen-denominated futures. The contract for delivery in November lost as much as 3.9 percent to 239 yen a kilogram ($2,476 a metric tonne) on the Tokyo Commodity Exchange, the lowest since September 12.
!m[Robusta coffee traded at a 17-month low in London](/uploads/story/3014/thumbs/pic1_inline.jpg)
The rubber price has also been depressed by concerns about China’s economy, heightened by soft data at the weekend, and by questions over demand from India, whose rubber imports have fallen 17 percent year on year to 17,334 tonnes, a drop blamed on weak orders from tyre-makers.
ICE cocoa and sugar have also posted losses today. The cocoa price for September delivery was 0.21 percent down, while the sugar price declined 0.18 percent in early trading hours in the U.S.

Deyana has a media background as a Journalism graduate. With a general interest in the financial markets and global economic events Deyana used to cover a varied range of current events for Invezz.
Related news
London stocks end lower as the U.S. reports a record increase in COVID-19 cases
3rd July, 19:27
Daimler to sell its Hambach factory as it commits to streamlining global production
3rd July, 18:21
Delivery Hero reports a 94% growth in orders in Q2 as COVID-19 restricts people to their homes
3rd July, 14:29
Intel Corporation to invest £203 million and get a 0.39% stake in Indian Jio Platforms
3rd July, 13:23
HSBC cites low returns as it discontinues its industrial metals business
3rd July, 12:14
Related market data
Invezz uses cookies to provide you with a great user experience. By using Invezz, you accept our privacy policy.