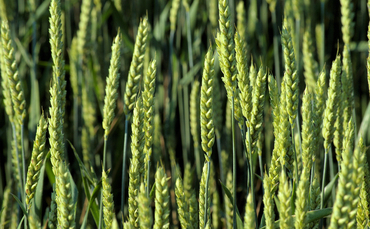 iNVEZZ.com Wednesday, June 26th: China- and Fed-related concerns, which have recently been weighing on commodities, have not disappeared. With key grain stockpiles and plantings data from the U.S. yet to be published, market players have yet another reason to stay on the sidelines.

Grain markets are awaiting the U.S. Department of Agriculture’s (USDA) crop acreage update due on Friday, June 28 that will give an estimate of U.S. grains crop as of June 1 and plantings progress. In addition, sugar markets are awaiting the release of data by industry group Unica on the cane crush in Brazil’s Centre South region where some 90 percent of the country’s sugar output comes from.

**Start Trading in less than 60 seconds >>**
Oil, Gold, and Silver have never been so profitable as they are with 24option.

**Corn and Wheat Stable, Soybeans Down on Speculation of Record Harvest**
On the Chicago Board of Trade (CBOT) corn and wheat traded little changed today, posting marginal gains of 0.32 and 0.26 percent respectively. The corn price for December delivery was $5.4625 a bushel as of 13:05 GMT, while the wheat price for September delivery stood at $6.8675 a bushel.

The soybean price fell on speculation that the USDA may raise its forecast for plantings in the U.S., the largest grower and exporter of the oilseed, boosting the outlook for a record harvest. The November contract on the CBOT lost as much as 0.9 percent to $12.675 a bushel and was at $12.7025 at 13:05 GMT.
U.S. farmers will probably plant 77.811 million acres (31.49 million hectares) this year, more than the 77.126 million acres forecast by the USDA in March, according to the average estimate of 34 analysts and trading companies surveyed by Bloomberg. The USDA has also projected that U.S. output will rise to a record this year following last year’s drought that hurt supplies.

**Sugar Heads Downwards, While Cocoa Nears Three-Week High**
Sugar declined in New York for the first time in four days ahead of industry group Unica’s report on the sugar cane crop progress in Brazil. The sugar price has climbed 4.1 percent in the past four days on speculation rain would slow cane harvesting in the top producer. Awaiting the figures, which would show how much cane was turned into ethanol and into sugar in the first half of June, sugar ended its recent rally. The October contract on ICE Futures U.S. in New York has fallen 0.69 percent to $0.1722 a pound by 13:40 GMT.

!m[Soybeans Decline, While Sugar Price Ends Rally ](/uploads/story/3428/thumbs/pic1_inline.png)
Elsewhere on the ICE, the cocoa price for September delivery gained 1.4 percent to $2,193 a metric tonne, the biggest jump since June 6, while Arabica coffee dropped 0.1 percent to $1.2045 a pound.
With concerns about the liquidity of China’s banks lingering, cotton, of which the country is the top producer, consumer and importer, saw some selling too, although limited to 0.4 percent for the December contract, taking it to $0.8459 a pound, with the US weather outlook providing some support.
**Start Trading in less than 60 seconds >>**
Oil, Gold, and Silver have never been so profitable as they are with 24option.