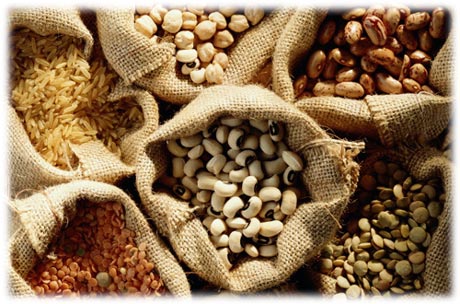 iNVEZZ.com Friday, June 28th: Most commodities struggled today, facing the end of the month and the end of the quarter, both periods associated with withdrawal of money from the markets. Agricultural traders, however, had a bigger concern over price swings today, ahead of the U.S. Department of Agriculture’s (USDA) quarterly crop stocks report and data on U.S. sowings.

The USDA is set to update the soft commodities market on its estimates at 12 p.m. in Washington today. Prior to the release, grains on the Chicago Board of Trade (CBOT) were mixed, with corn declining for a seventh day, the longest losing streak since February, as warm weather and soil moisture boost the yield outlook in the U.S., the largest corn grower and exporter, even as acreage is expected to decline.

**Start Trading in less than 60 seconds >>**
Oil, Gold, and Silver have never been so profitable as they are with 24option.

Futures are heading for a third straight quarterly loss, with the CBOT corn price for December delivery falling as much as 0.41 percent to $5.3625 a bushel at 14:00 GMT. The soybean price for delivery in November was little changed at $12.7675 a bushel in Chicago, while the wheat price for September delivery posted a marginal gain of 0.26 percent, standing at $6.7550 a bushel.

**Sugar Keeps Falling, While Cocoa Gains**
Continuing its downwards movement from the last two days, sugar price fell in New York today, as millers in Brazil, the world’s largest producer of the sweetener, are set to advance sales to take advantage of a weaker local currency as the 2013-14 harvest progresses.
Brazil shipped 1.44 million metric tonnes of sugar in the first three weeks of June, up from 1.29 million tons in June 2012, Macquarie Group Ltd., Australia’s largest investment bank, said in a report today. With no dry weather forecasts for July and August, the crush is nearing its peak now, analysts noted. Also, the

Brazilian real fell 6.9 percent in the past month, providing the worst returns among a basket of 24 emerging market currencies tracked by Bloomberg.
!m[Sugar Still Falling with Brazilian Millers Set to Step Up Sales](/uploads/story/3524/thumbs/pic1_inline.jpg)
Raw sugar for delivery in October slipped 0.2 percent to $0.1697 a pound by 14:27 GMT on ICE Futures U.S. in New York, after falling 1.9 percent yesterday. White sugar for August delivery slid 0.1 percent to $507.10 a tonne on NYSE Liffe in London. The July raw sugar futures expire today.