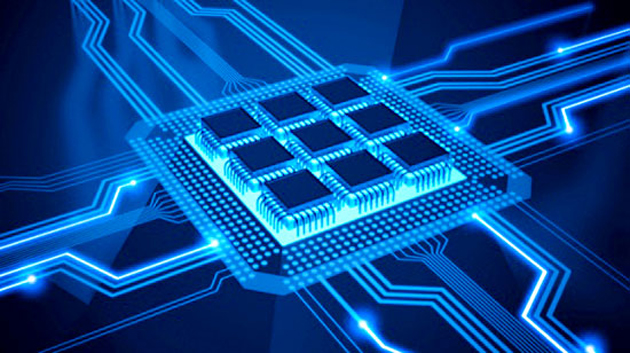 iNVEZZ.com, Tuesday, July 16: Intel Corp. (NASDAQ:INTC), the world’s biggest semiconductor manufacturer, is working to put its server chips in base stations as users continue to ditch PCs for mobile devices such as smartphones and tablets. The US chip maker has long dominated the PC industry, which is its main source of revenue, but has underestimated the mobile market, letting companies such as ARM Holdings Plc (LON:ARM) and Qualcomm Inc (NASDAQ:QCOM) to call the shots.

The Intel share price yesterday closed 0.17 percent up at $23.94 in New York.
**Closer to users**
Intel is preparing a trial with Nokia Siemens Networks Oy and South Korea’s SK Telecom Co, where its chips are being deployed in base stations. Base stations use radio signals to connect mobile devices to the network, enabling people to send and receive calls, texts, emails, pictures, web, TV and downloads. According to Intel Vice President Rose Schooler, the move aims to ease the congestion caused by an explosion in demand for data and services.

Due to the fast-growing number of mobile devices the use of networks has significantly increased in recent years and the upward trend is set to continue. Cisco Systems Inc have forecast that globally mobile data traffic will increase 13-fold from 2012 to 2017, a compound annual growth rate of 66 percent.
The current method of processing that amount of data employs radio waves to connect phones to base stations, which then use wires to access remote computers that store video, Web search results and other data. However, the amount of data that can be transmitted at once is limited by the finite amount of radio spectrum.

A different approach is taken in newer base stations, in which Intel is installing its server chips. With this appoach, the data relevant to local users is stored in the base station in an attached computer which significantly reduces the time needed to process the data. Schooler said that in tests videos loaded 50
percent faster and Web search times had seconds knocked off them.

**A big opportunity**
For Intel, the effort represents an opportunity to offset the impact of mobile devices on its core PC business and find a fresh revenue stream. Intel’s revenue from PC processors fell six percent in the first quarter to $7.99 billion, reflecting the continuing slump in the PC market. But the server business performed well in that period, generating $2.59 billion, a 7.5 percent increase year on year. The company has less than one percent share of the market for processors for smartphones, according to research firm

Strategy Analytics. Intel commands more than 90 percent of the market for servers that supply phones and tablets with information from data centres, according to Mercury Research, but that market is significantly smaller than the mobile processors market. So putting server chips in base stations is a way for the company to benefit, albeit indirectly, from the mobile revolution.
!m[Chip Maker Aims to Keep Pace with Mobile-Device Revolution](/uploads/story/4019/thumbs/pic1_inline.jpg)
Rose Schooler said that this operation “is a multi-hundred-million dollar opportunity for us at a minimum”, adding that commercial use might begin next year.
The success of the effort will depend on the chip maker’s ability to convince leading network equipment manufacturers such as Ericsson AB, Huawei Technologies Co and Nokia Siemens to build new equipment based around its chips.
“They will have to sign on in a big way for this to take off,” said Ken Rehbehn, an analyst at Yankee Group, as quoted by Bloomberg. “To be sure, it’s a goal of major operators, particularly in Asia.”
**The Intel share price closed at $23.94 in New York on 15.07.2013.**