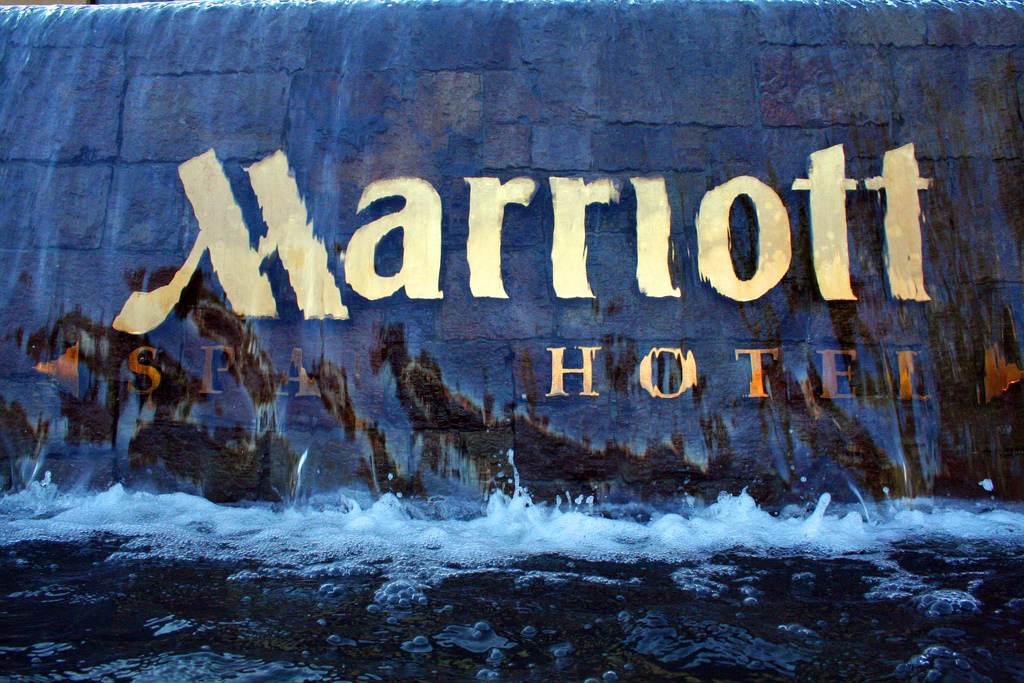 iNVEZZ.COM Wednesday, July 31st: US hotel chain Marriott (NYSE:MAR) lowered its 2013 profit forecast following the release on higher than expected revenues achieved during the first half of the year and earnings per share reaching analysts’ forecast of $0.57.

Corporate travel bookings which account for 35 to 40 percent in demand for hotel services, are expected to show lowered demand during the second half of the year. This, together with the US Government’s plan to cut travel expenses and expectations for shrinking demand in Europe and Asia, has led to Marriott recalculating its estimates for the upcoming period. Third-quarter earnings per share forecasts are put in the $0.42-$0.46 bracket, while full-year earnings should be in the range between $1.92 and $2.03, missing the initial $1.93 to $2.08 the company and analysts had expected. The increases will be unevenly distributed in the different regions where Marriott chains operate. 2 to 4 percent rise outside and 5 to 7 percent in North America are forecasted to jointly account for a 5 to 7 percent overall increase in earnings per share.

A 25 percent increase in net income to $179 million has been achieved during the April-June timeframe. An overall 4.7 percent rise in RevPAR (revenue per available room) was reached during the same period, with an even higher 5.3 percent hike in North America. Marriott estimates future increases in the RevPAR indicator to fall in the intervals of 4.5 to 6 percent in North America, 2 to 4 percent outside North America, and 4 to 6 percent on average for the whole group.

Revenue has also shown a significant rise of 18 percent to $3.3 billion from $2.78 billion during the first quarter. Higher earnings come not only from increased sales but also from cost reductions by Marriott
group’s brands like Starwood Hotels & Resorts Worldwide Inc.
**The Marriott Family**
!m[Group Preparing for Tougher Second Half after Successful Quarter 2](/uploads/story/4518/thumbs/pic1_inline.jpg)

The Marriott group consists of some of the most recognised hotel chains in the world, including Ritz-Carlton, Fairfield Inn & Suites, Courtyard, SpringHill Suites and Renaissance. However, it does not own them, but rather manages the hotels or grants franchising rights. Another 203 rooms in 43 new properties worldwide were added to Marriott’s family during Q2. They replaced 18 other units, which left the group. 140,000 new rooms currently under construction or in the process of business planning are to be added to Marriott’s portfolio.
The report on Marriott’s performance was released yesterday after the end of the trading session. Following the news the share price gained 0.4 percent to reach $41.57. Today’s opening price was $40.94 and has been relatively volatile over the course of the day.
**Marriott’s share price was $41.87 as of 01.08.2013, 15.46 BST.**

I've been reporting stock market movements since 2010. I mostly cover individual stocks and commodities. My background is in accounting and law. I am now a Senior Analyst at Source Global Research.
Related news
London stocks end lower as the U.S. reports a record increase in COVID-19 cases
3rd July, 19:27
Daimler to sell its Hambach factory as it commits to streamlining global production
3rd July, 18:21
Delivery Hero reports a 94% growth in orders in Q2 as COVID-19 restricts people to their homes
3rd July, 14:29
Intel Corporation to invest £203 million and get a 0.39% stake in Indian Jio Platforms
3rd July, 13:23
HSBC cites low returns as it discontinues its industrial metals business
3rd July, 12:14
Related market data
Invezz uses cookies to provide you with a great user experience. By using Invezz, you accept our privacy policy.