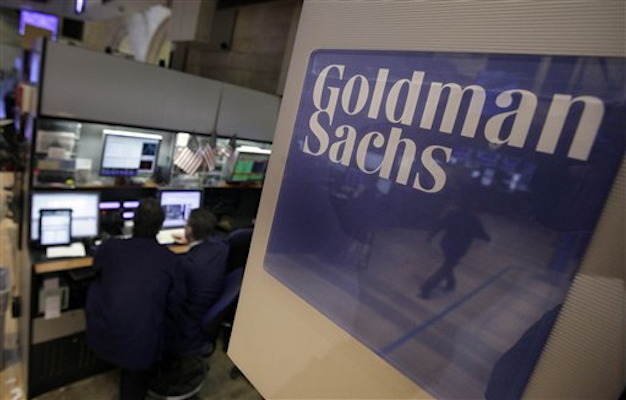 iNVEZZ.com Monday, September 23rd: Goldman Sachs (NYSE:GS) has initiated a last-ditch effort to lure customers to its struggling electronic bond-trading platform, The Financial Times reported yesterday. According to inside sources quoted by the newspaper, the investment bank has radically restructured its GSessions network.

The move underscores one of the biggest challenges facing Wall Street. Banks and investors both say that their ability to trade corporate bonds has dropped sharply in recent years, but they cannot agree on how best to improve liquidity in the $9.2-trillion US corporate debt market.
For decades, bond trading has stayed out of public spotlight, but some investors have been pushing for electronic trading to evolve in the bond market as they seek to lower their trading costs and prepare for fluctuations in the value of their portfolios as interest rates rise. Dealers have also been looking for new avenues for trading in and out of positions in bonds because post-financial-crisis regulations penalise banks for holding onto riskier fixed-income securities.

Banks like Goldman and Morgan Stanley (NYSE:MS) have developed new electronic bond-trading platforms which they hoped would allow customers to buy and sell debt in a similar way to stocks. But the platforms have struggled to attract interest as investors remain distrustful of “single-dealer” trading venues controlled by one bank.
Goldman has tried unsuccessfully for a year to entice dealers to adopt its electronic bond-trading network. The bank’s GSessions initially held debt-trading sessions twice a week in the hope of creating “flashpoints of liquidity” in a handful of bonds. But the platform was temporarily halted in late June, after comments from the Federal Reserve roiled debt markets and as the traditional summer lull took hold.

**New Approach**
!m[Investment bank hopes to lure customers to restructured GSessions ](/uploads/story/5635/thumbs/pic1_inline.png)
Reportedly, Goldman now hopes that its revamped GSessions could see participation from multiple dealers. The firm’s reopened and restructured platform will allow investors to trade 35 bonds in two daily sessions every day of the working week. The bank will still select which bonds will trade, but will stick to its list for a month, inside sources have revealed.

Under the new programme, Goldman will offer some $300 million worth of guaranteed liquidity, as opposed to the $20 million or so it was estimated to have been offering in earlier sessions. Sources have also noted that Goldman may be attempting to establish a prototype for an eventual multi-dealer platform that will include more than one bank.
When contacted by the FT, Goldman declined to comment on the suggested plans. Last Friday, Goldman Sachs’ share price closed 1.17 percent higher at $169.75.
**As of 09:15 BST buy Goldman Sachs shares at $169.00.**
**As of 09:15 BST sell Goldman Sachs shares at $168.77.**

I've worked within the banking & financial regulation industry for over 10 years. Now, I report on these sectors and offer my opinion on how it affects economies.
Related news
Lufthansa to cut 1,000 admin jobs and 20% of leadership positions to combat COVID-19
7th July, 13:24
Plus500 reports an almost 300% increase in H1 revenue on robust trading volumes
7th July, 12:00
Halfords’ cycling sales jump 57.1% as people avoid public transport amidst COVID-19
7th July, 11:02
Whitbread stock price plummets over 4% on declining sales
7th July, 10:40
JD Sports warns of a significant hit in fiscal 2021 due to COVID-19
7th July, 10:17
Related market data
Invezz uses cookies to provide you with a great user experience. By using Invezz, you accept our privacy policy.