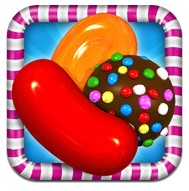 Written by:
Michael Harris
27th September 2013
Are you looking for fast-news, hot-tips and market analysis? Sign-up for the Invezz newsletter, today.

iNVEZZ.com, Friday, September 27: King, the largest developer of games on Facebook (NASDAQ:FB), had quietly filed an S-1 document with the US Securities and Exchange Commission for what could be the biggest IPO by a British technology company for years, The Telegraph reported yesterday. Quoting an unnamed source, the newspaper wrote that the company plans to float on the Nasdaq exchange in New York, which is a traditional choice for tech companies. The IPO is expected to value the company at more than $5 billion.

The King IPO plan comes just days after Twitter Inc last week confirmed that it had filed for an initial public offering. Like the San Francisco-based microblogging service, King has taken advantage of a US law that allows fast growing businesses to keep their floats confidential.
**Candy Crush Saga**
Due to the confidentiality of the process, there is not much financial information available, but King was reportedly turning over around £300 million at the start of the year and since then the company has grown rapidly. King’s games were played an average of 300 million times a month in 2011 but that figure now

tops 30 billion.
The company’s growth was mainly driven by the success of its 2012 game release Candy Crush Saga. After becoming the most popular game on Facebook, surpassing Zynga Inc’s FarmVille 2 in terms of the number of monthly users, Candy Crush Saga was released on iOS and Android mobile devices and it was downloaded over 10 million times within the first month after the release.

**The new Zynga?**
!m[Game developer files S-1 document Twitter style](/uploads/story/5739/thumbs/pic1_inline.jpg)
The success of Candy Crush Saga has allowed King to emerge as the largest game developer on Facebook, overtaking Zynga Inc (NASDAQ:ZNGA), which has long been the undisputed leader of ‘social gaming’. Today, Zynga has roughly half as many users as King. The San Francisco-based company’s market capitalisation is $3.6 billion.

The FarmVille maker has seen heavy hits in recent years with its share price having plummeted amid poor financial performance and massive layoffs. Zynga’s struggles illustrate the potential dangers King may face in an industry where success is mostly driven by the ability to produce hit titles. And while Candy
Crush Saga has done enough to propel the company to the top of the food chain, King needs to convince would-be investors that it will not go the same way as Zynga.