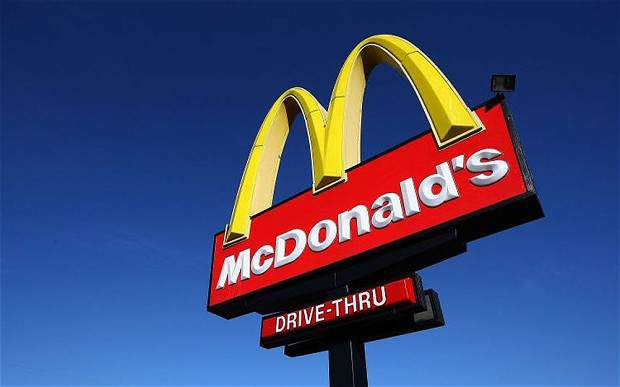 During the third quarter, McDonald’s, which increased its dividend to $3.24 in September, had returned $1.3 billion to shareholders through dividends and share repurchases, the fast-food restaurant chain further revealed.
CEO Don Thompson attributed the third quarter’s mixed results to a challenging global environment. He said in the group’s statement: “For the quarter, our results reflect McDonald’s ability to grow amid the broad-based challenges of the current environment by focusing on those areas of the business within our control.”

**Tough final quarter in sight**
After outperforming rivals for years, McDonald’s has struggled recently as it faces heightened competition, shifting eating habits and tough economic conditions around the world. Late last year, its monthly sales at stores open at least a year fell for nearly the first time in a decade.
About 32 percent of McDonald’s revenue last year came from the US where it has more than 14,100 stores. Consumer confidence in the US has fallen for three straight months, indicating that households are becoming pessimistic about the economy. In October, confidence fell to a nine-month low, according to the Thomson Reuters/University of Michigan preliminary consumer sentiment index.

Looking ahead, McDonald’s warned it expects the “dynamics of the current environment to persist.”
Management projected global same-store sales will be “relatively flat” this month. The fast-food chain is set to release October sales figures on November 8. McDonalds further warned that fourth-quarter restaurant margins are likely to decline at a similar rate as in the first quarter.

“While we are focused on strengthening our near-term performance, the current environment continues to pressure results,” CEO Thompson said. “Around the world, we remain confident in our ability to drive sustained, long-term profitable growth through our global growth priorities – optimising the menu, modernising the customer experience and broadening accessibility,” he added.
!m[Q3 profits top estimates, but sales disappoint investors](/uploads/story/6224/thumbs/pic1_inline.jpg)
**McDonald’s share price edges lower**
McDonald’s yesterday saw its shares decline 0.64 percent to $94.59 at the close of trading in New York. The company’s stock has underperformed the broader markets this year, rising just under eight percent, compared to 22.3 percent for the S&P 500.
According to AnalystRatingsNetwork data, 12 research analysts have rated the stock with a ‘hold’ rating and 16 have assigned a ‘buy’ rating. Thus the stock’s average rating is ‘buy’ with a consensus price target of $103.30.
**As of Monday, 22.10, buy McDonald’s shares at $101.00.**
**As of Monday, 22.10, sell McDonald’s shares at $92.10.**